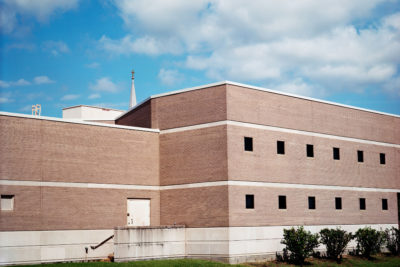 How companies are putting borrowers behind bars

A Utah lawmaker has proposed a bill to stop high-interest lenders from seizing bail money from borrowers who don’t repay their loans. The bill, introduced in the state’s House of Representatives this week, came in response to a ProPublica investigation in December. The article revealed that payday lenders and other high-interest loan companies routinely sue borrowers in Utah’s small claims courts and take the bail money of those who are arrested, and sometimes jailed, for missing a hearing.

Rep. Brad Daw, a Republican, who authored the new bill, said he was “aghast” after reading the article. “This smells like debtors prison,” he said. “People were outraged.”

Debtors prisons were banned by Congress in 1833. But ProPublica’s article showed that, in Utah, debtors can still be arrested for missing court hearings requested by creditors. Utah has offered a favorable regulatory climate for high-interest lenders. It is one of only six states where there are no interest rate caps governing payday loans. Last year, on average, payday lenders in Utah charged annual percentage rates of 652%. The article showed how, in Utah, such rates often trap borrowers in a cycle of debt.

High-interest lenders dominate small claims courts in the state, filing 66% of all cases between September 2017 and September 2018, according to an analysis by Christopher Peterson, a University of Utah law professor, and David McNeill, a legal data consultant. Once a judgment is entered, companies may garnish borrowers’ paychecks and seize their property.

Arrest warrants are issued in thousands of cases every year. ProPublica examined a sampling of court records and identified at least 17 people who were jailed over the course of 12 months.

Daw’s proposal seeks to reverse a state law that has created a powerful incentive for companies to request arrest warrants against low-income borrowers. In 2014, Utah’s Legislature passed a law that allowed creditors to obtain bail money posted in a civil case. Since then, bail money provided by borrowers is routinely transferred from the courts to lenders.

ProPublica’s reporting revealed that many low-income borrowers lack the funds to pay for bail. They borrow from friends, family and bail bond companies, and they even take on new payday loans to avoid being incarcerated over their debts. If Daw’s bill succeeds, the bail money collected will return to the defendant.

Daw has clashed with the industry in the past. The payday industry launched a clandestine campaign to unseat him in 2012 after he proposed a bill that asked the state to keep track of every loan that was issued and prevent lenders from issuing more than one loan per consumer. The industry flooded his constituents with direct mail. Daw lost his seat in 2012 but was reelected in 2014.

Daw said things are different this time. He met with the payday lending industry while drafting the bill and maintains that he has won its support. “They saw the writing on the wall,” Daw said, “so they negotiated for the best deal they could get.” (The Utah Consumer Lending Association, the industry’s trade group in the state, did not immediately return a request for comment.)

The bill also includes several other changes to the laws governing high-interest lenders. For example, creditors will be asked to give borrowers at least 30 days’ notice before filing a lawsuit, instead of the current 10 days’ notice. Payday lenders will be asked to provide annual updates to the Utah Department of Financial Institutions about the the number of loans that are issued, the number of borrowers who receive a loan and the percentage of loans that result in default. However, the bill stipulates that this information must be destroyed within two years of being gathered. 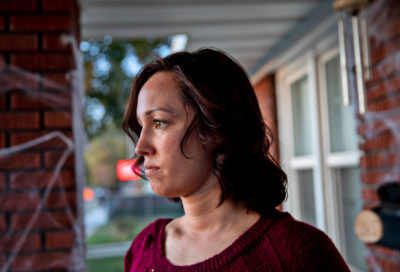 But he said the reform doesn’t go far enough. It doesn’t crack down on predatory triple-digit interest rate loans, and companies will still be able to sue borrowers in court, garnish wages, repossess cars and jail them. “I suspect that the payday lending industry supports this because it will give them a bit of public relations breathing room while they continue to profit from struggling and insolvent Utahans,” he said.

Lisa Stifler, the director of state policy at the Center for Responsible Lending, a nonprofit research and policy organization, said the mandatory data destruction is concerning. “If they have to destroy the information, they are not going to be able to keep track of trends,” she said. “It just has the effect of hiding what’s going on in Utah.”