NYU's Langone Medical Center announced this week that it was adopting new procedures after the death of a 12-year old boy from septic shock. The hospital's emergency room sent Rory Staunton home in March and then failed to notify his doctor or family of lab results showing he was suffering from a raging infection.

In response to the case, which was closely covered by The New York Times, the hospital promised a bunch of basic fixes: ER doctors should be immediately notified of certain abnormal lab results and, if such results come in after a patient is sent home, the hospital should call the patient and his doctor.

As veteran health reporters, we wish we could tell you that this case will spur changes in emergency rooms across the nation, that never again will a hospital make such an avoidable mistake. But, sadly, decades of experience covering such incidents suggest the medical system may prove resistant to change. Forget about every hospital rewriting its procedures. History suggests it would be a victory if NYU Langone manages to follow its own new rules as we all hope they will.

It's long been known that medical errors are a major problem—a national panel concluded more than a decade ago that nearly 100,000 people die each year as a result of errors in hospitals. Despite the resulting national focus on patient safety, patients continue to be harmed and killed by medical shortcuts, inadequate training and breakdowns in communication.

Unlike the airline industry, which relies on a safety net of checklists, the medical community has been slow to adopt them in all areas and often puts its faith in the outdated idea that doctors are infallible.

And, inconceivably, the fixes are frequently ignored or ineffective.

That's why we at ProPublica are working on a project to document cases of harm to patients. (If you or a loved one has been harmed while undergoing medical care, will you please share your story with us by filling out our Patient Harm Questionnaire.)

Few medical skills seem as basic as operating on the right body part of a patient. Yet, Rhode Island Hospital, the main teaching hospital of Brown University's medical school, couldn't get its surgeons to identify the right one.

Three times in 2007, surgeons there drilled into the wrong side of patients' heads. After the second incident, the state health department ordered the hospital to hire a consultant and to double-check surgical sites. After the third, the department reprimanded the hospital and fined it $50,000.

After each incident, the hospital said it was committed to patient care and would make needed changes.

The hospital was reprimanded again, fined an additional $150,000, ordered to install video cameras in its operating rooms, and required to follow accepted procedures for preventing these types of slip-ups.

There hasn't been another wrong-site surgery at the hospital since then, a hospital spokeswoman said. But in 2010, the state health department fined the hospital $300,000 for leaving a broken drill bit inside a patient's skull. That's another frequent medical foul-up, leaving things inside people, experts have been working to eliminate.

At times our own reporting has left us dumbfounded that the easy-to-follow solutions—and the media's hot spotlight—have not kept patients from harm.

In mid-2003, Ornstein and Weber began writing about problems at Martin Luther King Jr./Drew Medical Center, a public hospital near Los Angeles with a troubling history of poor patient care.

One of their first stories detailed how a nurse in the cardiac monitoring unit failed to notice that her patient's heart had slowed and stopped for more than 45 minutes. The nurse wrote on the patient's chart that she was not in distress, even though her heart had already stopped. Two weeks later another patient on a monitor died after her failing condition also went unnoticed.

After the deaths, Los Angeles County health officials vowed that nurses and technicians in monitoring units had been retrained and new procedures had been put in place to prevent such events from ever happening again.

Over the next two years, however, five more patients in King/Drew's monitoring units died in similar circumstances. In some cases, nurses were found not only to have neglected patients as they lay dying, but to have purposely turned down the alarms on the monitors or lied about their actions on patient charts.

A county supervisor said he was confounded by hospital's inability to correct basic problems. “You can yell, scream, jump up and down, but things don't seem to change.” The hospital closed in 2007.

Allen, who previously worked in Las Vegas, reported on the nation's largest healthcare-based hepatitis C outbreak in 2008. Nurses at a colonoscopy clinic there were reusing syringes and single use medicine vials, infecting more than 100 people with the deadly disease.

The public, regulators and medical providers were outraged: How could anyone think it was OK to reuse syringes? But when inspectors checked other facilities, they found the same problems. According to the Centers for Disease Control and Prevention, 125,000 patients have been notified since 1999 of potential exposure to blood-borne diseases due to unsafe injection practices.

The ongoing breaches of medical standards led to the CDC's One & Only public health campaign, which reminds providers to use only one needle and syringe per patient. And yet, just last week, the Colorado Department of Public Health and Environment said thousands of patients may have been put at risk of HIV and hepatitis because "needles and syringes were used repeatedly, often for days at a time," at the offices of Stephen Stein, a Colorado dentist. Last year, Stein agreed to stop practicing, at least temporarily.

That's what's so difficult to understand about medical mistakes. It seems inconceivable that nurses and doctors would reuse a syringe on multiple patients or that they would turn down alarms on cardiac monitors after patients at their hospital had died as a result. 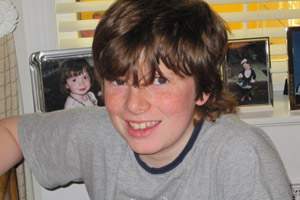 NYU's Langone Medical Center has had its own share of problems over the years. Between 2002 and 2008, it was hit with a string of fines and penalties from the New York State Department of Health for errors that led to patient deaths. In 2007, for example, it was fined $6,000 after delays in diagnosing an infant's herniated bowel and deteriorating condition in the emergency room led to the patient's death.

NYU's history of fines shows that like Rhode Island Hospital, it operated on patients' wrong body parts, and like King/Drew, it did not properly watch over a patient in need of continuous monitoring.

In the cases we've covered and read about, problems don't usually happen because medical staffs are malicious. Instead, they stem from the culture of an institution—a much harder fix that requires a strong and sustained will.

Administrators need to empower front line staff, no matter their rank, to speak out when they see safety lapses before they cause harm — which is difficult in a system that reveres doctors above others.

Addressing the types of failures that led to Rory Staunton's death depends on redirecting resources at a time when they are scarce and accountability amid the chaos of busy hospitals. And it depends on convincing people that something as simple as adding one new task to an already long list could save lives.