Germans like posting baby pictures, party snapshots and witty comments on Facebook just like anyone else. They just do not want to get caught doing it. Many of us use fake names for their profiles – silly puns, movie characters or anagrams and “remixes” of their real names. (Yes, I have one. No I’m not telling you the name.)

We like our privacy (even if fake names might not be the most professional form of encryption). Which is why the revelations about NSA spying have led to a bigger debate in Germany than in the US. It has become the hottest issue during what was poised to become a dull election campaign.

Now there is a James-Bond vibe to pre-election season: Newspapers publish extensive guides on how to encrypt emails. People question whether they should still use U.S.-based social networks. The German government seems to be under more pressure over the revelations than the American one.

What makes Germans so sensitive about their data? Many have pointed to Germany’s history: Both the Nazi secret police Gestapo and the East German Stasi spied extensively on citizens, encouraging snitching among neighbors and acquiring private communication.

But that’s not the whole story. Politics and the media in Germany today are dominated by (male) citizens raised in the democratic West who have no personal recollection of either of the Stasi or Gestapo.

Germany lacks the long tradition of strong individual freedoms the state has guaranteed in the U.S. for more than 200 years. Precisely because of that, these values, imported from the Western allies after 1945, are not taken for granted.

Indeed, there have been battles about privacy – and against a perceived “surveillance state” – in Germany for decades.

While the student rebellion of the late Sixties was partly driven by anger over the Vietnam war, it was also fueled by the parliament considering emergency laws that would have limited personal freedoms. And in the seventies, as left-wing terrorist groups were attacking the state ruthlessly, government answered with then-new “dragnet tracing”, identifying suspects by matching personal traits through extensive computer-based searches in databases.

Many considered this to be unfair profiling. In 1987, authorities wanted to ask Germans about their life – but the census faced protests and a widespread boycott because people saw the collection of data as an infringement of their rights. Citizens transformed into transparent “glass humans” (“gläserner Mensch”) were a horror scenario in the late and nineties in Germany summoned up on magazine covers and in T.V. shows.

Then, there is also the disappointment of the buddy who realizes he is not, as he thought, one of the strongest guys’ best friend.

The oft-celebrated partnership with the U.S. served as a pillar of Germanys’ comeback in international politics after the war and the Holocaust. Now it turns out Germany is not only ally, but also target. According to documents Edward Snowden disclosed, 500 million pieces of phone and email metadata from Germany are collected each month by the NSA – more than in any other EU country.

The outrage at the U.S.’s snooping has continued despite a follow-on revelation that it was actually the German secret service, the BND, that handed over the data to the NSA. (The BND said that no communication by German citizens was collected.)

The German debate also has to be understood as being fueled by a widespread but low-level Anti-Americanism, an ugly staple of the German left as well as the right. The short-lived love for Obama (200,000 people celebrated him during his Berlin speech in 2008) was an exception to the widespread perception of American hubris and imperialism. Germans have managed to live with the cognitive dissonance of protesting U.S. interventions while embracing Californian culture, rap music and even Tom Cruise.

Jakob Augstein, columnist for the countries’ biggest news site Spiegel Online, considers Prism an addition to the body of evidence that already includes Abu Ghraib and the drone war: The U.S., Augstein writes, is becoming a country of “soft totalitarianism”. The only thing not to be disputable about this statement is the Germans’ expertise when it comes to totalitarianism.

While the U.S. has few laws concerning data privacy, Germany has something unknown to Americans: 17 state data protection supervisors (one national and one for each state), who watch over the compliance of authorities and companies with data privacy laws. Since the German state Hesse introduced the first of these laws in 1970, strict oversight like this has become common in Europe.

Some of the German data supervisors have been regular talking heads in the media for years, bashing U.S. companies like Facebook for their alleged violations of privacy of their customers. When Google photographed German streets for its Street View service, they were pushing the company to give citizens the possibility of opting out. That is why today, tens of thousands of buildings in Germany are blurred on Street View.

Now the data protection supervisors have an even bigger target: the National Security Agency. After the Snowden revelations, they have discontinued giving out new licenses to companies under the so-called Safe Harbor principles, which are meant to guarantee that personal data is only transferred to countries with sufficient data protection, for example when Germans use American companies’ cloud storage space. After the revelations about the Prism program, the supervisors consider user data in the hands of U.S. companies not safe anymore.

Opposition parties have picked the “NSA scandal” – as German media call it – as the big (and, since Chancellor Angela Merkel is leading all polls, only) chance for the opposition to turn around the election. Merkel has been accused of having known more about the extent of the spying before the story broke than she admitted. Since German services are coordinated from the Chancellery, her opponents don’t believe her that she did not know about the American spy efforts.

Yet it is unlikely that the revelations will seriously influence the outcome of the election. This is not only because Merkel has an economy surprisingly immune to the European crisis. It is also because the biggest opposition party, the Social Democrats, has been tainted by its proximity to power. While smaller left-wing parties such as the former communists or the Greens make bold statements, including offering Snowden asylum, Social Democrats have a hard time doing so. One of their heads, Frank-Walter Steinmeier, used to be coordinator for Merkels predecessor Gerhard Schröder. In that position, Steinmeier was responsible for the services and intensified U.S.-German intelligence cooperation in the years after 9/11. He later became Secretary of State under Merkel. Even though that was before Prism started, socialists and conservatives bash him in rare unanimity “as if he’d personally founded the NSA and tapped transatlantic internet cables”, as my colleague Michael König put it for Sueddeutsche.de.

The government’s response to concerns about the spying reads like it was written in the Pentagon: The U.S. said it was only spying on individuals suspected of organized crime or terrorism. And the NSA said it was acting according to U.S. and German law. There is no blanket surveillance of European citizens.

But Germans don’t trust Merkel. A poll found two-thirds of questioned people voicing discontent with her dealing with the affair. Germans hoped for a more forceful reaction, like that from Brazil, another democratic country targeted by the NSA: Brazilian foreign minister Antonio Patriota publicly found strong words standing next to Secretary of State John Kerry last week: "In case these challenges are not solved in a satisfactory way, we run the risk of casting a shadow of distrust on our work.”

In Germany, the government sounds more apologetic than angry.

The U.S. is at least throwing Germany a bone. According to the government in Berlin, the NSA has offered a treaty: No more spying on each other. Georg Mascolo, former editor-in-chief of news Magazine Der Spiegel and now writing for Frankfurter Allgemeine Zeitung, considers this an “historical chance for Angela Merkel”: A treaty, if formulated without loopholes for American spying, would give new value to the German-American alliance.

In any case, we’ll keep on making up fake names on Facebook. Just in case spies are going to keep on doing what spies are supposed to do.

Jannis Brühl is an Arthur F. Burns Fellow at ProPublica. In Germany, he works mostly for Süddeutsche.de in Munich, the online edition of the national daily Süddeutsche Zeitung. 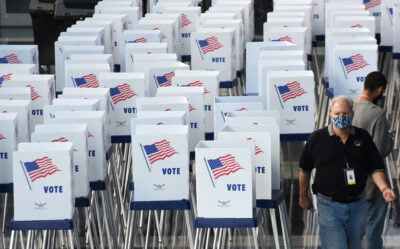 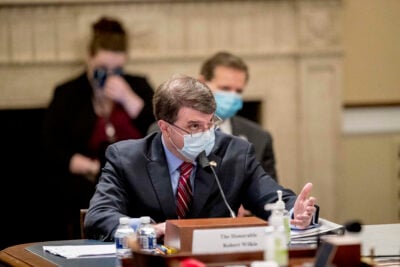 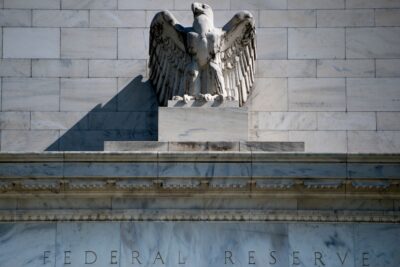