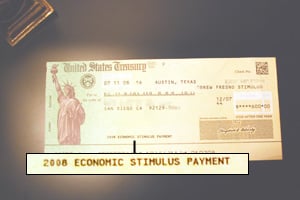 The White House is plowing ahead with a second stimulus, reports Time magazine's Michael Scherer. They're just not calling it a stimulus. Scherer writes that tax credits and other planned stimulus-type measures, such as more one-time checks for Social Security recipients and extended unemployment benefits, could be worth as much as $100 billion. But rather than being rolled into a single bill, those measures may be unveiled individually, as the public appetite for more stimulus -- or maybe just the word "stimulus" -- wanes in the face of reports that the federal deficit is now the largest it's been since the end of World War II.

Meanwhile, how effective has the Obama administration's first stimulus been? According to a report (PDF) released today by the president's Domestic Policy Council, called "Educational Impact of the American Recovery and Reinvestment Act," the stimulus has saved or created "at least 250,000 education jobs."

The White House also released a second report (PDF) today, called "Recovery Through Retrofit," which highlights the $80 billion in stimulus money for "projects related to energy and the environment." The New York Times' Kate Galbraith summarizes the report, which lists recommendations that Vice President Joe Biden called "a blueprint that will create good green jobs."

Speaking of reports, last Thursday, the government released the first batch of reports from contractors that got stimulus money. The reports were meant to detail how that money was spent, but according to CNN Money, they were "filled with mistakes," including an apparent hundred-fold exaggeration of how much a French vaccine manufacturer, Sanofi Pasteur, received from the Department of Health and Human Services. The number reported on Recovery.gov, the official stimulus Web site, was $1.4 billion; the actual value, according to HHS, was just $10.4 million. Well, it's not like anybody saw this coming.