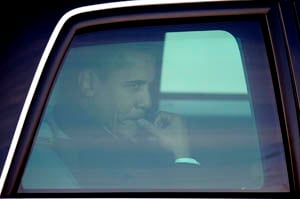 Attorney General Eric Holder released his much anticipated memorandum on how federal agencies should apply the Freedom of Information Act yesterday. The new memo rescinds one issued by John Ashcroft in 2001, which backed agenciesâ withholding of information and began an eight-year period of secrecy in the federal government.

In his new memo, Holder said that the Department of Justice will support FOIA denials only if the "agency reasonably foresees that disclosure would harm an interest protected by one of the statutory exemptions" or when "disclosure is prohibited by law."

Holderâs memo followed on the principle President Obama outlined in a memo released in his second day of office:

"The Freedom of Information Act should be administered with a clear presumption: In the face of doubt, openness prevails."

The latest memo came earlier than promised by the administration, which, in effect, gave the Department of Justice until May to release the memorandum.

"We hope the Attorney Generalâs strong direction will correct the course of the federal government which has, for eight years, followed the path of secrecy," said Meredith Fuchs, general counsel for the National Security Archive, in a statement.