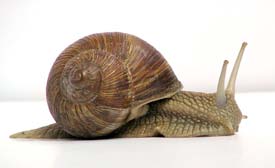 Earlier this month, we asked our readers to tell us if they’d been stuck in a trial modification in the government’s foreclosure prevention program for half a year or longer. Trial periods are designed to last only three months, after which mortgage servicers are supposed to either give homeowners a permanent mod or drop them from the program.

While homeowners in trial modifications have had the benefit of seeing their monthly payments drop (by an average of $522), there are adverse consequences when a trial drags on, not the least of which is the stress and fear of homeowners not knowing whether they’ll be able to keep their homes.

Hundreds of readers wrote in. And the longest mod turned out to be just about the longest possible: Marlene Colon of Tinton Falls, N.J., and Deb Franklin of Airville, Pa., both first received trial mods starting in May, in the first few weeks of the program. That means they’ve been waiting nearly 10 months to find out whether they will be getting permanent modifications.

As we reported earlier this week, about 97,000 homeowners have been stuck in trial mods since last summer. And nearly two-thirds of all those in limbo, about 60,000, have mortgages with JPMorgan Chase. As we noted, the Treasury Department recently warned that servicers with backlogs of trial mods will incur unspecified "financial penalties."

We want to thank everyone who took the time to detail their loan mod troubles. We heard from homeowners who said they first contacted their servicers for help way back in 2008 and still have not reached a solution. We heard from many who have been waiting for months to be approved or denied for a trial (a problem we’ve focused on before). And, as we do every day, we heard many borrowers vent their frustrations about the seeming incompetence of their servicers – lost documents, uninformed (or worse, misinformed) customer service representatives, and getting "the runaround" (a word we hear a lot).

So thanks – and keep those stories coming.