As President Donald Trump wages a vocal battle against illegal immigration, his administration has been working more quietly to cut down on legal pathways to immigrate to the U.S.

On Tuesday, a new policy kicks in, allowing officers with the U.S. Citizenship and Immigration Services to outright deny any visa or green card application that is missing evidence or contains an error. Around 7 million people apply every year.

Previously, officers were required by an Obama-era policy to send notices, giving applicants a chance to correct such problems instead of closing the process. Officers can still choose to do so, but they can also opt to skip that step if the application is deemed frivolous.

Without the notices, applicants won’t have the opportunity to intervene before a decision is made, potentially adding months or years of extra paperwork and thousands of dollars in fees to the already lengthy process. In the case of those trying to renew their visas while they’re still in the U.S., they could be placed in deportation proceedings the moment their visas expire.

USCIS spokesman Michael Bars said the policy was changed to cut down on frivolous applications. The agency has said applicants sometimes file substantially incomplete placeholder applications, knowing the back-and-forth with the USCIS will buy them time. “Under the law, the burden of proof is on the applicant,” Bars said, “not the other way around.”

But immigration lawyers worry that there is not enough oversight or clear standards to ensure fair handling. USCIS officers will now have near-complete discretion to make complex judgments behind closed doors.

“They can deny you on the fact that, subjectively, they feel in their mind [the application] is not approvable,” Pierre Bonnefil, an immigration attorney in New York, said.

One reason the lawyers are worried is that they’ve seen a barrage of scrutiny directed at once-standard immigration applications since Trump took office. ProPublica spoke with a dozen lawyers and reviewed documentation for several of these cases.

Many responses cited technicalities: One application was not accepted because the seventh page, usually left blank, was not attached. Another was rejected because it did not have a table of contents and exhibit numbers, even though it had other forms of organization.

“It seems like they are just making every single submission difficult,” Bonnefil said. “Even the most standard, run-of-the-mill” application.

The lawyers call this minefield of onerous paperwork an “invisible wall,” designed to make legal immigration as difficult as possible.

“People who are here legally, doing everything through proper channels, now feel as unsettled and unwelcome and uncertain about the future as people who don’t have documents,” Sandra Feist, an immigration attorney in Minnesota, said.

Under Trump, this has meant that cases drag on for weeks or months as lawyers scramble to address notices. Some lawyers have noticed an uptick in denials recently, but most say that strong cases still eventually make it through.

It remains to be seen how broadly the new policy will be used to outright deny even strong applications. The memo said the new policy is “not intended to penalize filers for innocent mistakes or misunderstandings of evidentiary requirements.” 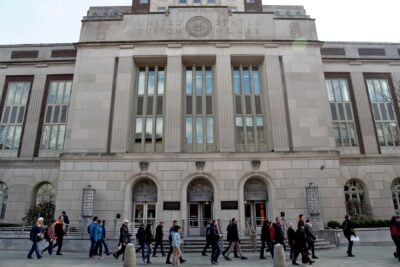 Apart from technicalities, lawyers have noted an increase in detailed requests for evidence. Some of the new questions fit with Trump’s 2017 Executive Order called “Buy American and Hire American,” which directed the Department of Homeland Security to find ways to make sure specialty work visas are awarded only to the most highly skilled and highest-paid foreign workers, to fill jobs that couldn’t be filled by an American.

To some, the increased scrutiny of work visas is welcome.

In particular, the H-1B visa category has often been the subject of controversy. Intended for high-level workers with specialized skills, it has been used to outsource ordinary jobs. In 2014, for example, Disney laid off about 250 long-time workers in computer jobs so that they could replace them with workers flown in from India. The Americans were required to train their replacements before they left. A federal court found that Disney did not violate any laws and the case was eventually dropped, but Republicans have often pointed to similar cases to call for tougher oversight of foreign worker programs.

“It’s almost like it’s a subclass of employee that they can take advantage of and can work them extra hard for smaller pay,” said Rennie Sawade, the communications chair of the Washington Alliance of Technology Workers. He has experienced increased competition in his own search for jobs in the tech industry and in that of his son, who is 24 and has an associate degree in robotics and computer networking but is still struggling to find work. “These visas should be used for what they are intended for, so you definitely need more scrutiny in how they are being used.”

But lawyers argue the stepped-up examinations go beyond what’s required to assess an immigrant’s eligibility and seem intended to simply make the process more burdensome for all immigrants. Under Trump, the extra layer of questions has not been limited to H-1B cases, but applied to all types of work visas, family-based green cards and humanitarian cases. The extra questions are also directed toward people who have lived and worked in the U.S. for more than a decade and are applying to extend their visas.

Foreign workers once considered to have slam-dunk immigration cases — an internationally recognized physicist, an Alzheimer’s disease researcher, a biologist doing “cutting edge” work on vaccine development — are now finding themselves tied up in extra requests for evidence to prove their skills are truly specialized.

One Iranian professor, in the process of launching a graduate degree program at an American university, included 10 letters of recommendation from experts in his field and evidence of his awards and publications. Feist, his lawyer, said she felt certain his petition for a green card under the “outstanding professor” category would sail through.

Instead, she received a notice of intent to deny, reviewed by ProPublica, pointing out a slew of quibbles: The professor had published frequently in his field, but was he cited often enough? He had won awards, but the reviewing officer didn’t think they were truly prestigious. The professor had served on panels and presented at conferences, but those were not really sufficient to prove influence, the officer wrote.

“This is just one example of pretty typical aggressive requests for additional evidence that I’m seeing that are far outside of the norm that I’ve seen in the past 17 years,” Feist said.

Michael Cataliotti, an immigration lawyer in New York, recalled a case in which he printed and attached emails between a physicist and the editors of peer-reviewed journals, to demonstrate the physicist had served as a reviewer for each of them. Because the email was printed from his work computer, Cataliotti’s name appeared at the top of the paper.

This seemed to confuse the USCIS official handling the case. “The document has been altered, and as such, is inadmissible,” the official wrote.

Other examples show an overly strict reading of the rules, sometimes applied incorrectly. Courtney Morgan-Greene, an immigration attorney in California, said the USCIS tried to deny a religious worker’s request for a visa extension because she had taken some time off from her job — in order to give birth, and then to mourn the death of her child after 11 months.

The response from the agency began, “While USCIS sympathizes with the death of the beneficiary’s baby,” and went on to deny the case based on the time she took off. Morgan-Greene emailed the quote to ProPublica.

USCIS policy allows breaks in employment “such as sick leave, pregnancy leave, spousal care and vacation as long as they do not exceed two years.” Morgan-Greene said her client’s two periods of leave combined did not add up to two years. “Not only is the decision incorrect as a matter of law, it shocks the conscience,” she said.

“Inconsistent government action and uncertainty undermines economic growth and American competitiveness and creates anxiety for employees who follow the law,” they wrote.

They added: “USCIS actions significantly increase the likelihood that a long-term employee — who has followed the rules and who has been authorized by the U.S. government multiple times to work in the United States — will lose his or her status. All of this despite the Department of Labor having, in many cases, certified that no qualified U.S. workers are available to do that person’s job.”

Sarah Pierce, a policy analyst at the Migration Policy Institute, said examples of H-1B misuse are “highly concerning,” but she said that there’s no clear data to prove how widespread it is. “We know there are a lot of legitimate employers that use this program as well,” she said.

Pierce said targeted approaches — such as limiting contractors from hiring H-1B workers or going after companies that mainly depend on H-1B workers — would be better solutions than a blanket approach making it difficult for all companies to hire foreign workers.

But Trump has made it clear that he would like to see a reduction in all immigration. “One thing really unique about President Trump is he views not just illegal immigration, but legal immigration through the context of it being a security threat and an economic threat to the United States,” Pierce said.

Cataliotti agreed the strategy seems designed to frustrate, “so either one or both parties says: Forget it, I can’t do this anymore, the position is gone, or I might as well go to Canada.” 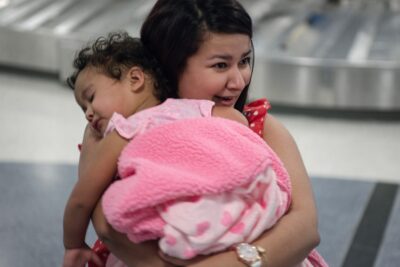 She Got Her Baby Back From Immigration Foster Care. Now What?

An undocumented mother was reunited with her daughter. The first 36 hours brought a mix of joy, questions about the separation and worries about the future.

What are your experiences with new challenges in the legal immigration process? Share your stories with ProPublica. Email: [email protected].