Update, Feb. 21, 2020: Eleven Democratic members of the House Energy and Commerce Committee sent a letter to Match Group President Shar Dubey on Thursday, “calling on the company to check users against sex offender registries and disclose its efforts to respond to reports of sexual violence that were a result of users meeting through Match Group services.” Noting that ProPublica’s reporting “has raised serious concerns about the safety of users on Match Group’s platforms,” the letter went on to state that, “Since dating platforms are a business engaged in interstate commerce, Congress has responsibility to consider whether these platforms require regulation to keep consumers safe. ... The decision your company takes to proactively conduct checks against Sex Offender Registries are important for informing our legislative efforts.”

Launched by Rep. Raja Krishnamoorthi, D-Ill., chairman of the Subcommittee on Economic and Consumer Policy of the House Committee on Oversight and Reform, the inquiry will focus on the use of dating sites among underage users, the sale or dissemination of users’ personal information and the presence of registered sex offenders on free dating sites. Krishnamoorthi added in a press release, “Protection from sexual predators should not be a luxury confined to paying customers.”

The CJI-ProPublica investigation revealed that Match Group — the industry’s behemoth with $1.7 billion in annual revenues and owner of 45 of the nation’s most popular dating platforms — screens for registered sex offenders on its flagship paid Match application but does not do so on its free apps, which include OkCupid, PlentyofFish and Tinder (the most popular of its offerings).

The House subcommittee released the letters it sent to executives at Match Group, Bumble, Grindr and The Meet Group, which request that they provide a broad assortment of information about their users and policies by Feb. 13. That includes “all policies and procedures referring or relating to whether you allow registered sex offenders or those convicted of violent crimes to use your product or service,” as well as how the companies determine whether a user is a registered sex offender and what actions they take when they reach such a conclusion. In addition, the subcommittee is requesting demographic information on the companies’ users and any communications online dating platforms have had with law enforcement agencies related to investigations involving their services. 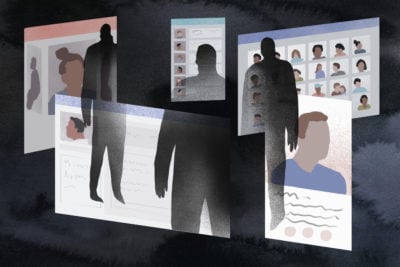 Tinder Lets Known Sex Offenders Use the App. It’s Not the Only One.

Match Group, which owns most major online dating services, screens for sexual predators on Match — but not on Tinder, OkCupid or PlentyofFish. A spokesperson said, “There are definitely registered sex offenders on our free products.”

ProPublica and CJI’s investigation into Match Group uncovered multiple examples of registered sex offenders using online dating platforms to reoffend and revealed a company that has often resisted legislative attempts to improve the safety of online dating while simultaneously successfully fending off lawsuits by individuals who were assaulted by people they met on the company’s dating sites.

In a statement released in response to the House investigation, Match Group said it doesn’t want bad actors or minors on its apps, adding that the company uses “every tool possible to keep them off.” The issue, the statement added, is a “broader Internet problem” and the company implored app stores to “do their part.” According to the statement, the stores “know exactly who is using these products” and should not allow minors and registered sex offenders to gain access to online dating applications.

Bumble, Grindr and The Meet Group did not immediately respond to requests for comment.

Last week, Match Group announced that its Tinder app will soon have a “panic button” that users can press if they’re afraid during a date. The button will send an alert, according to Match, which will trigger a dispatcher to check on the user and notify emergency personnel if necessary. The technology, which Match said it will eventually add to its other apps, comes through a partnership with and investment in a company called Noonlight.

We’re not done reporting on this issue, and we are working to better understand how online dating platforms respond to a user when they report sexual violence. We invite those affected and involved to lend their voices to our continued reporting by filling out our questionnaire here. 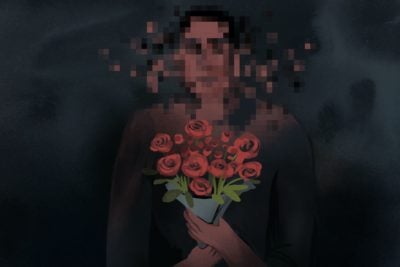 We’re not done digging. Now we need your story.

Keith Cousins is an investigative reporter working for Columbia Journalism Investigations. Email him at [email protected] and follow him on Twitter @KeithJCousins.