A ProPublica/PBS Need to Know investigation on this report aired on Nov. 12, 2010. Watch it now.

On June 4, a startling allegation about Burma's repressive military regime rocketed around the globe: A defector from the Burmese Army said his technologically backward nation had launched a program to build a nuclear bomb. The defector, a former major in the Burmese Army, provided pictures and documents to bolster his claims.

Previous allegations about Burma's purported nuclear efforts had stirred little interest. But this story, which was written and prepared by a leading Burmese opposition group, was accompanied by a detailed report drafted by Robert Kelley, a former weapons scientist for the U.S. government who had worked for many years for the International Atomic Energy Agency. Kelley, whose research on Burma was paid for in part by U.S. tax dollars, wrote that the "only" plausible interpretation of the evidence was that Burma had launched a program to build an atomic bomb.

The story had immediate impact. Senator Jim Webb, D-Va., who was in Thailand on his way to a meeting with Burma's generals, called a press conference to announce he was canceling his visit just hours before he was scheduled to cross the Thai-Burma border. Webb, an advocate of closer Western "engagement" with the regime, said the report made such an approach impossible. The Burma story was mentioned on ABC's "Good Morning America" and in stories in The Washington Post, Time, National Public Radio and the BBC.

Kelley played a direct role in publicizing the story, appearing at a press conference in Washington and presenting his findings to congressional staffers and other influential people in the non-proliferation world in Washington. At the press conference, Kelley summed up his findings without equivocation, saying: "I state this very clearly and strongly, this is a clandestine nuclear program."

An examination by ProPublica and the PBS program Need to Know has found that the question of Burma's nuclear ambitions is much less settled than Kelley contends. Other experts, including Olli Heinonen, the former deputy director of the IAEA, viewed the evidence as inconclusive. They said the equipment in the photos had other possible uses and that such serious charges should not rest on the testimony of a single defector. 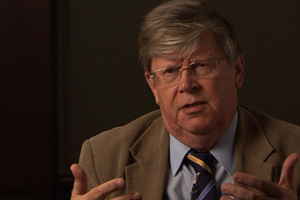 "There is no smoking gun," Heinonen said in an interview. "There is no one single piece which puts your mind at rest telling that this is solely for nuclear purposes and for nothing else."

Separately, a senior American official said the Central Intelligence Agency and Department of Energy had reviewed Kelley's report "line by line" and had rejected its findings. In Germany, officials said they were aware that Burma had bought the equipment shown in the defector's pictures (some of it was exported by German companies) but have concluded it is not being used to launch an atomic weapons program.

Some of the financial support for Kelley's research came from a seemingly unlikely source: The American taxpayer.

The defector, Sai Thein Win, was brought to Western notice by a Norway-based group of Burmese exiles called the Democratic Voice of Burma. The exiles received $400,000 last year from the National Endowment for Democracy, a U.S. foundation whose budget comes almost entirely from Congress. The NED was created in 1983 to foster democracy movements around the world and it does so through grants and advice. Its past beneficiaries include Poland's Solidarity movement and the anti-apartheid forces in South Africa.

NED officials said they encouraged the Democratic Voice of Burma to have Kelley vet the defector's allegations and later paid for the Vienna-based scientist to fly to Washington to present his findings. NED officials said they consulted no other experts or officials before hosting the press conference at which Kelly unveiled his report.

Officials at NED defend their role in getting the Burma story out and say that they were simply serving the interests of democracy. The foundation's president, Carl Gershman, said his organization had no idea Webb was on his way to Burma. The grants to the Democratic Voice of Burma, he said, promote "free media in a country that doesn't have a free media."

Gershman, who has run NED since its creation, said he was not aware that U.S. intelligence agencies doubted the claims about Burma's nuclear effort but said the story had value even if it were ultimately disproved. "If they got it wrong, we'll know about it. And they'll learn something and maybe the world will learn something."

The dispute among experts over Burma illustrates a larger issue confronting the international community about illicit weapons programs. The United States went to war in Iraq supported by the testimony of a defector codenamed "Curveball" who described Saddam Hussein's supposed efforts to build biological weapons. Gen. Colin Powell's case to the United Nations for invading Iraq was based in large measure on Curveball's testimony, which turned out to be fabricated. No nuclear, germ or chemical weapons were ever found.

Some experts worry that the West may overreact to the Curveball debacle and fail to heed warnings from any defectors. But others say the Curveball incident was a cautionary tale about the need to closely study any claims of nuclear proliferation advanced by opponents of a regime.

Kelley acknowledged the potential conflict of interest in his report saying the opposition group, the Democratic Voice of Burma, and the defector "have strong feelings about the regime." Their objectivity, he said, "can be called into question." 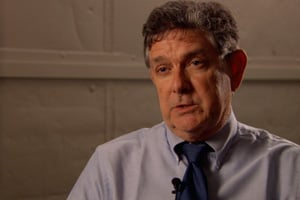 But Kelley wrote that the evidence, combined with other previous disclosures about Burma, was persuasive. He likened the defector, identified as Major Sai Thein Win, to Mordecai Vanunu, the Israeli technician who provided photos of Israel's secret atomic weapons facilities to a British newspaper in 1986.

Kelley said the analysis of Win and related evidence already public about Burma "leads to only one conclusion: this technology is only for nuclear weapons and not civilian use or nuclear power."

Kelley worked for years for Heinonen, who served as deputy director of the IAEA from 2005 until this year. Their work included high-profile investigations of Iran, Iraq and South Africa's nuclear program.

Heinonen said that on Burma, he parts ways with his former colleague.

Heinonen noted that Burma has reserves of uranium and said its work thus far could be used as fuel for nuclear power plants. "There might be someone looking for utilization for uranium, but we really don't know the purpose. There is no alarming factor triggering suspicions about nuclear weapons programs at this stage."

The bar for accusing a country of wrongdoing should be set higher, he said. "When someone takes the first molecule from ore, it doesn't mean that he's already developing a nuclear weapon. There's a long way to go."

The arguments among the experts revolve around arcane questions of engineering and science.

One photograph provided by the defector shows what is known as a glove box, a sealed space in which operators can handle dangerous materials.

Kelley wrote that the box is part of a process for making uranium metal, a key ingredient in a nuclear weapon. According to the report, the box is used to mix magnesium with uranium tetrafluoride (UF4). The resulting material is then heated to very high temperatures in a vessel known as a bomb reactor. This process is called bomb reduction. "Our interpretation for this glove box is that it is used for mixing UF4 with magnesium metal for the bomb reduction to uranium metal," Kelley wrote.

Heinonen questioned this conclusion, saying both the glove box and bomb reactor could have other uses. He noted that the box appeared too small to easily accommodate the mixer typically used to combine magnesium and UF4. There were ways to overcome this deficiency, but they would be "cumbersome," he said, suggesting that perhaps the box was made for another purpose.

"These pieces of equipment," he said in an e-mail, "cannot be said with a high certainty to be for uranium metal production."

Another analyst who disputes Kelley's view of Burma is David Albright, the director of the Institute for Science and International Security, a Washington-based research institute. In January of this year, Kelley and Albright co-authored a paper for ISIS with two other experts that debunked some of the earlier claims that Burma was building a bomb.

When challenged about some of the conclusions in his recent report, Kelley urged reporters to contact Albright.

Albright said in an interview that he did not agree with Kelley's findings. A close reading of the report, he said, suggests that Kelley assumed that Burma is attempting to make nuclear weapons and then looked at Win's pictures "in a biased way ascribing nuclear purposes to them." Albright said he believed each piece of equipment in the photos had alternate uses, some of which were non-nuclear. He noted that Win had no background in nuclear science or engineering.

"We learn the hard way," said Albright. "This is what the whole thing was about with Iraqi WMD."

"If you're going to make accusations that a country has nuclear weapons program, you have to have credible evidence that that is true," he said.

Much remains unknown about Win and his motives. On Friday, the day Burma's voters went to the polls in an election internationally derided as rigged, the British newspaper The Independent and the Norwegian paper Morgenbladet published interviews with him.

Win said Burma's nuclear efforts were incompetent but real. He said employees assigned to work on the program sat around drinking whiskey and waiting for designs to arrive.

"When we were alone, we sometimes talked about how stupid this was," he told the Independent. "We called ourselves Nato -- No Action, Talking Only. We wasted our lives. I'm not a politician, I'm proud to be an engineer and an officer. I would be proud to be the first rocket scientist of Burma but I had no chance to apply what I had learned. It made me upset."

Win said that he saw documents in which the regime ordered a "nuclear battalion" to build a reactor, enrich uranium and create a bomb. But he said "I never got my hand on those documents. I had the chance to steal them, but I didn't."

According to The Independent, Win decided to come forward after watching a Democratic Voice of Burma documentary that mentioned rumors about Burma's nuclear efforts. He bought a camera, took his now-famous photos and began uploading the images. He told The Independent a security guard at the factory saw him take the pictures but didn't say anything.

Clarification: This post has been clarified to more accurately paraphrase references to a device known as a "glove box" in a report about possible Burmese nuclear weapons development by Robert Kelley. Our story has also been updated to reflect a revised assessment about the device by Olli Heinonen, a nuclear expert who was quoted in our story.