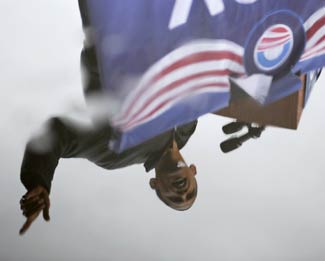 President Obama just signed his first bill into law today â the Lilly Ledbetter Fair Pay Act â but in the process, it appears he broke an earlier transparency-related promise.

As we noted before, one of Obamaâs pledges on change.gov, his transition Web site, was to "not sign any non-emergency bill without giving the American public an opportunity to review and comment on the White House Web site for five days."

But that didnât happen with the Ledbetter bill. Obamaâs had his hands on it for two days, but the first chance Americans got to comment on it on the White House Web site was today, after the president had already signed it into law. Weâve put in calls to the White House and are waiting to hear back for an explanation.

The bill, which was first introduced in the House and Senate three weeks ago, was mentioned in a blog post on the White House Web site on Jan. 25, but it simply pointed out that, hey, hereâs a bill coming up, and directed readers to check it out on THOMAS, the governmentâs legislation-tracking Web site. There wasnât an opportunity for the public to make comments there either.

Ellen Miller, the executive director of transparency watchdog Sunlight Foundation told ProPublica, "This is a very specific promise that the campaign made that hasnât been fulfilled." Noting that she was willing to cut a new administration some slack, she added, "This just strikes me as a day one promise, and they knew this bill was coming down the pipe and that it would be the first one he signed. To not have some system for posting the legislation online is shocking."

This isnât the first time Obamaâs hedged on a campaign promise. As we noted this morning, Obamaâs assurances that lobbyists "won't find a job in my White House" havenât exactly panned out.