Editor’s note, Dec. 11, 2018: This story updates a Nov. 14 report by ProPublica and the Malheur Enterprise that was based on data provided by Oregon’s Psychiatric Security Review Board that turned out to be incomplete. The board, in response to a series of public records requests, turned over the names of 334 people it said it had released from 2008 to 2017. After publication, the board informed the Enterprise that it had actually freed 526 people found not guilty by reason of insanity for felonies during those years. What follows is a revised version that includes analysis of what happened to all 526 people after their release. The earlier story remains online and can be read here.

Reporters searched available electronic court records for all 526 people freed by the review board from 2008-17 who had been found guilty except for insanity in felony cases. Because digital court records in Oregon are incomplete before 2016 and because not all states were searchable online, the analysis likely understates the number of new crimes committed.

We then looked at what happened during the three-year period after people were released, the standard approach among scholars. Of the 526 people freed between 2008-17, that period could be examined for 418 of them.

About 28 percent, or 118 people, were criminally charged again within three years. An additional 69 people committed new crimes after that period or had not yet been free three years. Most often, people freed after being found not guilty by reason of insanity were back in criminal court in little more than a year. Many appear to have become homeless shortly after leaving the state’s supervision, even though housing is identified as a primary need when they are discharged.

They were charged with felonies more often than people freed after serving prison terms — 23 percent compared with 16 percent within three years — according to our analysis and the Oregon Department of Corrections. Experts said research studies find little evidence that mentally ill people are more likely to commit violent crimes and other factors tend to drive that behavior. 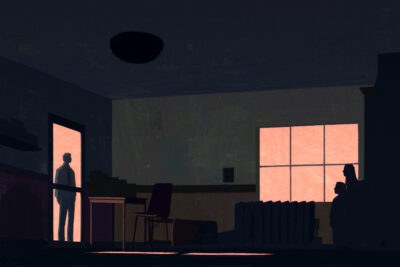