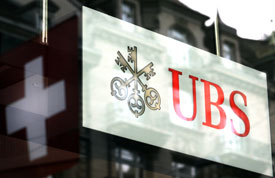 A deal between the governments of the United States and Switzerland is on the verge of collapse, threatening to keep secret the identities of thousands of Americans who have stashed their money with the Swiss banking giant UBS in order to avoid paying taxes.

The deal, agreed to last August, would have revealed who held 4,450 accounts. However, just days ago, Swiss courts ruled that complying with the agreement would violate the country’s laws. The Washington Post reports that since August, only six accounts have been handed over, and then only after the account holders had consented.

The dispute stems from UBS’s admission last year that it helped Americans commit tax fraud. The bank agreed to pay the U.S. government $780 million and, in exchange, it would not face criminal prosecution. The U.S. government also filed a civil suit, attempting to get information on 52,000 accounts that had not been declared to the IRS.

Disclosure of the more limited 4,450 accounts was a compromise that the Swiss and American governments negotiated, halting the civil suit. Now, with the deal in question, the Post reports that the U.S. government may resume those legal proceedings, in addition to considering criminal prosecution of UBS.