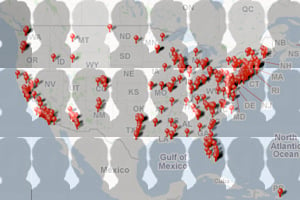 About a week and a half ago, we announced the ProPublica Reporting Network, our new citizen journalism initiative. Since then, I have called almost everyone who volunteered for our first initiative -- Adopt a Stimulus Project.

In part, I was curious. What type of person commits to a week-old venture? Who offers to track the construction of a local road or bridge? It's a sizable commitment. Adopt a Stimulus Project sounds "warm and cuddly" -- as Sunlight Foundation Director Ellen Miller jokingly tweeted -- but it's really anything but. Volunteers file on-the-scene reports. They're charged with identifying subcontractors and helping us perform background checks on companies receiving stimulus contracts.

Among our early adopters you'll find retired journalists, a Methodist pastor in Florida, a retired research psychologist who studied how families cope with mental illness, a former environmental and development lobbyist in New York City, a woodsman, a programmer, a former Montessori headmaster who is running for his school board, and a vice president for a regional Chamber of Commerce. Many have backgrounds in business or accounting: There's a public accountant, a former investment banker and the owner of a travel Web site.

So what motivates people to track the stimulus in their area?

"I fear they are going to make some pretty stupid decisions," confided one volunteer. Another, Victor Brown of Birmingham, Ala., sees our project as another step toward "full transparency and disclosure."

Charles Fiegel of Washington, D.C., an editor in the health care publishing industry, identifies closely with ProPublica's broad mission -- "holding government and public officials accountable for everything they do," as he puts it. Lois Hart, a journalist who retired from KCRA-TV in Sacramento after 33 years, writes, "My current cause is finding resources for journalism because of the decline in newspapers and TV news."

A handful of people got the bug for online volunteer work during the last election cycle, and see this project as a way to stay active. Teacher Jo Kurtz of Princeton, N.J., says that joining the ProPublica Reporting Network is another way to play "an active part in the process.”

And for some, it's fun. "A political scientist by training, I have never been able to get rid of the 'identify, analyze, and make change happen' bug," says Lisa Schieffelin of Westchester County, N.Y. "This project is a new way for me to be involved in that process."

Contracts, companies, jobs, projects, regulation and government agencies all come into play when tracking the stimulus. Altogether it's a dynamic puzzle, and one that is already proving to be a challenge. Starting today, I'll blog about the work being done by ProPublica's Reporting Network on our stimulus blog, Eye on the Stimulus. Next up are posts featuring members' reports and what can be learned from the government's stimulus data.