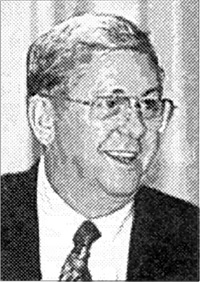 May 1995: Federal lawsuit filed on behalf of Lois Curtis against Tommy Olmstead, commissioner of human services in Georgia.

March 1997: U.S. District court rules in favor of Curtis and Wilson, finding that "unnecessary segregation of people with disabilities is discrimination." State of Georgia appeals.

November 1997: An appeals court upholds the ruling, saying Georgia discriminated under the Americans With Disabilities Act.

June 22, 1999: The U.S. Supreme court rules in favor of Curtis and Wilson, finding that "unjustified isolation ... is properly regarded as discrimination."

2005: Federal Deficit Reduction Act creates a "Money Follows the Person" demonstration program to show states how they can shift money toward community-based care.

January 2008: Sen. Barack Obama calls the Community Choice Act "vitally important to the independence, community integration, and equality of hundreds of thousands of Americans with disabilities."

April 2009: At least 90 disability activists are arrested in Washington, D.C., after they are told that long-term care will not be among the Obama administration's health care reforms.