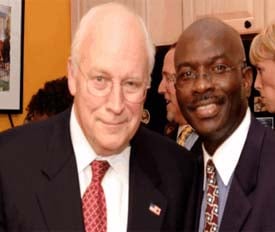 President Obama’s push for electronic medical records has faced resistance from those who question whether health information technology systems can protect patient privacy.

So last week, the U.S Department of Health and Human Services hired a public relations firm to try to win consumer trust.

The irony? The firm chosen for the job — Ketchum Inc. — was hip-deep in controversy a few years ago for producing a series of fake TV news stories that violated a federal ban on propaganda. The company also drew fire for channeling taxpayer funds to a conservative pundit to promote the Bush administration’s education policies.

Ketchum, based in New York, is one of the world’s largest public relations firms, with a host of large corporate clients and a history of winning government contracts.

Company spokeswoman Alicia Stetzer declined to answer questions about the $25.8 million contract, funded by the federal stimulus package. Nancy Szemraj, a spokeswoman for the government’s health IT initiative, said the PR firm won the contract over four other companies because of its ability to attract public acceptance.

"Ketchum has a long rich history of doing outstanding communication outreach work for large social marketing endeavors," Szemraj said. "They are very capable of moving the needle, with has to happen here."

She noted that Ketchum’s work helped HHS enroll 35 million people in the Medicare prescription drug program. And she said all of the firm’s marketing ideas would be reviewed by senior managers at HHS.

"The public has always been very suspicious over whether electronic health information will be safe," said Dr. Deborah C. Peel, a physician and founder of the Coalition for Patient Privacy, which includes consumer, privacy and health groups. Peel called Ketchum a "very, very troubling choice because the last thing the public needs are more tricks being pulled on them."

During the Bush administration, Ketchum and its former lobbying arm, the Washington Group, had several prominent Republicans on the payroll, including former New York Rep. Susan Molinari. In the last year, it has beefed up its Democratic credentials, hiring Jonathan Kopp, a member of the Obama campaign’s national media team, and Donald J. Foley, a longtime Democratic strategist.

Ketchum has continued to draw government work – particularly from HHS – despite a series of reports in 2004 and 2005, in which Government Accountability Office investigators found it had produced a series of video news releases that constituted "covert propaganda" because they did not disclose they were paid for by the federal government.

The segments aired during local television broadcasts on at least 40 stations across the country. Designed to look like news reports, each concluded with a paid actor posing as a journalist reporting from Washington.

One series was produced for HHS in an effort to promote the Medicare prescription drug program to seniors. The others were paid for by the Department of Education. Overall, video news releases have become increasingly common, used by large public relations firms and companies to repackage advertisements as news.

Ketchum was involved in a separate controversy in 2005, when reports surfaced that it had used taxpayer funds to pay syndicated columnist Armstrong Williams $240,000 to promote the No Child Left Behind education bill during radio broadcasts as part of outreach to the African-American community.

In both instances, Ketchum defended its tactics. Stetzer referred reporters to a 2005 PR Week article, in which CEO Ray Kotcher said, "There is no indication that it was ever the intent of Ketchum or any of our people to mislead anyone."

This time around, HHS has hired Ketchum to provide a "comprehensive campaign for communications and education," to encourage doctors and hospitals to adopt health IT and to assure the public that their information will be safe.

The campaign is part of the administration’s $26 billion health IT program, also backed by the stimulus package, which aims to spearhead the transition to online medical records through grants, bonuses to doctors and hospitals, and the development of national standards.