Investigating Drug Use in Track and Field

Two years ago, two men played key roles in an investigation by ProPublica and the BBC into possible anti-doping violations and the unorthodox use of prescription drugs by the elite Nike Oregon Project and head coach Alberto Salazar.

Now Dr. Jeffrey Brown, a Houston endocrinologist who treated many NOP athletes, and whistleblower Steve Magness, a former NOP assistant coach, are playing similar roles in a follow-up investigation by the U.S. Anti-Doping Agency, which has documented pervasive misuse of prescription drugs and what it referred to as “highly likely” anti-doping violations involving a half-dozen current and former NOP athletes.

A recently leaked draft report details how USADA, with written permission, obtained copies of athletes’ medical records from Brown. But the report notes that some records, particularly those of 2008 Olympic marathoner Dathan Ritzenhein, appear to have been altered. In an interview with the BBC and ProPublica this week, Magness said that at least one of the records Brown gave to USADA regarding Magness’ own treatments also appears to have been altered and doesn’t match the copy he has from the visit.

“My only speculation is that the changes were made to make it look like patient care had been given,” Magness said. During the visit, he said, he actually served as a guinea pig to test a potentially performance-enhancing procedure.

The leaked interim USADA report was compiled in 2016 in response to a subpoena from the Texas Medical Board requesting a copy of USADA’s investigative files. The board launched its own investigation of Brown, and did not respond to a request for comment.

Among the documents in the report are notes from Brown’s office on a 2011 “follow up visit” with Magness, who was then assistant coach for the NOP.

The notes document an experiment on Magness in which he was given a large infusion of the supplement L-carnitine to see if it would enhance his running performance. L-carnitine is a legal substance that helps the body convert fat to energy. According to the USADA report, the experiment violated World Anti-Doping Code infusion limits that apply both to athletes and support personnel. Magness said when he saw the copy of the notes in the report, he noticed significant differences from his own copy. The infusion notes are still there, but so are checkmarks indicating that Magness received a medical examination beyond the L-carnitine experiment.

Spaces are checked off under the “Exam” category for: “General,” “Lungs,” “Thyroid,” “Neuro” and “Abdomen,” among others. Magness, now a coach at the University of Houston, provided a copy that is otherwise identical to the BBC and ProPublica.

“I do not recall these things being done,” said Magness, who has shared the record with USADA. “I wasn’t even in a patient room, but instead in his office during this visit. I do not recall his normal checks of my thyroid, or anything else.”

Magness, who had been a patient of Brown’s since he was a top high school distance runner, said that the apparent alterations may have been added to make it look like the infusion was conducted alongside a thorough exam. “Without proper checks, it might look like he was prioritizing a company — Nike, Salazar — that was paying him over the health of his patient,” he said.

A New York Times story about the USADA report last week highlighted the discrepancies between the records Brown provided for Ritzenhein and those the distance runner gave to USADA directly. Ritzenhein was also given L-carnitine infusions, and the records turned over by Brown’s office indicate he received a 40 mL infusion, just under the 50 mL limit that would constitute an anti-doping violation. Copies of the same records provided by Ritzenhein are identical, but do not contain the same reference to 40 mL. Additionally, according to the USADA report, “an entire page of handwritten notes … was completely removed.” Based on other medical information, the report concludes that Ritzenhein’s infusion actually did exceed the allowable limit. The USADA report said that the same is likely true for five other NOP athletes.

In a written response to questions from the BBC and ProPublica, an attorney for Brown, Joan Lucci Bain, said that all medical records provided to USADA were accurate and given with patient consent. Brown could not comment on patients or their records, she said, without signed consent to do so.

But she blasted the accusations in the report, and said that USADA is “a private corporation which stands to gain financially through publicity, essentially using the press to spread its own ‘fake news.’” She added that the agency’s legal proceeding in a Texas district court, intended to compel Brown to give a deposition, had been dismissed. Bain said that questions from the BBC and ProPublica are “the latest attempt by USADA to bait Dr. Brown into breaking the law by ‘leaking’ false information to journalists in the hope that Dr. Brown will cross the line while trying to defend himself.”

USADA investigators claim the interim report was released by Russian hacking group Fancy Bear, and it is currently posted online in its entirety.

The report, which has no official standing, nevertheless reveals the breadth of the investigators’ findings thus far and the key role played by Brown. It concludes: “USADA has found that these potential anti-doping rule violations appear to have wholly or largely occurred in the context of a larger conspiracy between Nike Oregon Project Coach Alberto Salazar and Houston endocrinologist Dr. Jeffrey Brown to collude in order to employ risky and untested alternative and unconventional (and sometimes potentially unlawful) uses of medical procedures and prescription medications (including both substances and methods prohibited under the rules of sport…) to attempt to increase the testosterone, energy and blood levels of Nike Oregon Project athletes in order to boost athletic performance.”

Magness, other former NOP athletes and support personnel, and former Nike employees first spoke to the BBC and ProPublica in 2015 alleging that Salazar was engaged in a range of potential doping violations, from experimenting with well-known doping aids, such as testosterone, to giving athletes prescription medications they either didn’t need or weren’t prescribed in hopes of gaining a competitive advantage from their side effects. 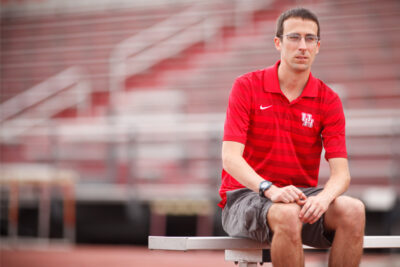 Some top runners and others who've worked with Salazar allege that he experimented with testosterone and pressured athletes to use prescription medications they didn't need to gain a performance benefit.

Salazar denied the allegations at the time and wrote a lengthy rebuttal. The USADA report notes that Salazar admitted in an interview with USADA to “using testosterone near the end of his competitive career in the mid-1990s,” and also that he had multiple testosterone prescriptions in recent years from doctors in different states. The BBC and ProPublica previously reported that Salazar had coordinated tests on his son in a lab at the Nike campus to determine how much testosterone gel it took to trigger a positive test. Salazar said that the testing was for the purposes of counter-sabotage, should a rival try to rub testosterone gel on an NOP athlete.

Though Magness has contributed to the USADA investigation as a whistleblower, he may also face a ban for his part in the L-carnitine experiment. Salazar had been excited by research on L-carnitine suggesting the supplement provided notable performance benefits and had been eager to try it on his athletes, the report said. In a 2011 email to Lance Armstrong, Salazar wrote: “Lance, call me asap! We have tested it and it’s amazing.” Magness says he was the reluctant guinea pig.

Mo Farah, the four-time Olympic champion distance runner who was recently knighted, has also trained under Salazar and in 2014 received an injection of L-carnitine ahead of a major race that U.K. Athletics doctor Robin Chakraverty failed to record properly.

Before the Culture, Media and Sport Select Committee in April, Chakraverty said the injection was within the legal limit, though UKA chairman Ed Warner called his failure to record the treatment properly “inexcusable.”