“Manafort has spent a career working on behalf of clients that the rest of his fellow lobbyists and strategists have deemed just below their not-so-high moral threshold. Manafort has consistently given his clients a patina of respectability that has allowed them to migrate into the mainstream of opinion, or close enough to the mainstream. He has a particular knack for taking autocrats and presenting them as defenders of democracy. If he could convince the respectable world that thugs like Savimbi and Marcos are friends of America, then why not do the same for Trump? One of his friends told me, ‘He wanted to do his thing on home turf. He wanted one last shot at the big prize.’”

“POLITICO found that Manafort worked more closely than previously known with Marcos and his wife, Imelda, in Manila, where Manafort and his associates advised the couple on electoral strategy, and in Washington, where they worked to retain goodwill by tamping down concerns about the Marcos regime’s human rights record, theft of public resources, and ultimately their perpetration of a massive vote-rigging effort to try to stay in power in the Philippines’ 1986 presidential election.”

“Manafort, who for decades has been an adviser to warlords and autocratic thugs overseas, including a Ukrainian leader allied with Russian leader Vladimir Putin, had been spinning furiously; some might call it lying. He probably had not even had time to read the full story and discuss it with Trump. Yet he went straight into denial mode, claiming the Times had misquoted his candidate. But it hadn’t. (Manafort later tried this stunt with other reporters.)” 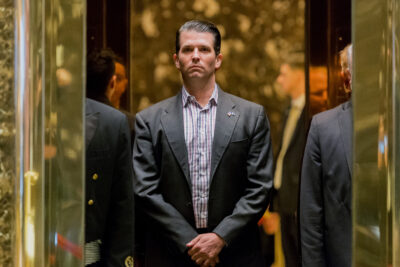 “Donald Trump’s campaign chairman helped a pro-Russian governing party in Ukraine secretly route at least $2.2 million in payments to two prominent Washington lobbying firms in 2012, and did so in a way that effectively obscured the foreign political party’s efforts to influence U.S. policy.”

“All the while, Kilimnik has told people that he remains in touch with his old mentor. He told several people that he traveled to the United States and met with Manafort this spring. The trip and alleged meeting came at a time when Manafort was immersed in helping guide Trump’s campaign through the bitter Republican presidential primaries, and was trying to distance himself from his work in Ukraine.”

“The raw facts stand out for their strangeness. Since 2012, Manafort has taken out seven home equity loans worth approximately $19.2 million on three separate New York-area properties he owns through holding companies registered to him and his son-in-law Jeffrey Yohai, a real estate investor.”

“Nine current and former law enforcement and real estate experts told WNYC that Manafort’s deals merit scrutiny. Some said the purchases follow a pattern used by money launderers: buying properties with all cash through shell companies, then using the properties to obtain ‘clean’ money through bank loans. In addition, given that Manafort is already under investigation for his foreign financial and political ties, his New York property transactions should also be reviewed, multiple experts said.”

“One of the people, a lawyer involved in the discussions, said Manafort indicated that he could convince the Trump administration to support any resulting deal, because he’s remained in contact with Trump’s team, and that he played a role in helping to soften Trump’s tough campaign rhetoric on China.

‘He’s going around telling people that he’s still talking to the president and — even more than that — that he is helping to shape Trump’s foreign policy,’ said the lawyer involved in the discussions.”

How the Russia Investigation Entangled a Manafort Protégé, The New York Times, June 16, 2017

“As investigators examine Mr. Manafort’s financial and political dealings at home and abroad, they are likely to run into Mr. Gates wherever they look. During the pair’s heady days in Ukraine, it was Mr. Gates who flew to Moscow for meetings with associates of Oleg Deripaska, a Russian oligarch. His name appears on documents linked to shell companies that Mr. Manafort’s firm set up in Cyprus to receive payments from politicians and businesspeople in Eastern Europe.”

“The adviser, George Papadopoulos, offered to set up “a meeting between us and the Russian leadership to discuss US-Russia ties under President Trump,” telling them his Russian contacts welcomed the opportunity, according to internal campaign emails read to The Washington Post.”

These 13 Wire Transfers Are A Focus Of The FBI Probe Into Paul Manafort , BuzzFeedNews, Oct. 29, 2017

“The extent of Manafort’s suspicious transactions was so vast, said this former official, that law enforcement agents drafted a series of “intelligence reports” about Manafort’s financial dealings. Two law enforcement officials who worked on the case say that they found red flags in his banking records going back as far as 2004, and that the transactions in question totaled many millions of dollars.”