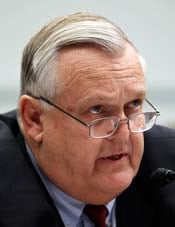 Update (3/25/2010): The Recovery Board has corrected their list of stimulus recipients who have failed to file any quarterly reports. The list is here.

More than 60 stimulus recipients can take heart that they’re not "losers" after all.

The panel charged with watchdogging the federal stimulus program confirms that dozens of recipients wrongly appeared on a list of "two-time losers" for failing to file reports on their funds.

The Recovery Accountability and Transparency Board’s list, posted on Recovery.gov earlier this month, included 389 awards to contractors and grantees ranging from rural health clinics to county governments. The list was based on information that was provided by the White House Office of Management and Budget and certified as accurate by federal agencies that awarded the funds.

And because we just can’t get enough stimulus data, ProPublica checked the two-time loser list by comparing project award numbers and dollar amounts against other data that had been reported on Recovery.gov. We found that some of the accused recipients actually may have filed reports.

After we wrote about our findings, the Recovery Board checked into them.

"After conducting a thorough review, I can now say that the list provided to us by ProPublica was accurate," said board Chairman Earl Devaney. "We will be posting an amended list of two-time non-reporters on Thursday (March 25)."

Spokesman Ed Pound said the Recovery Board staff verified every project on its original losers list to make sure it had not been reported.

In some cases, slight differences in the format of award IDs or changes in amounts could have inadvertently landed some recipients on the failed-to-file list.

At the time of our original review, Corps of Engineers officials said the agency was trying to figure out what went awry and was reaching out to ensure that all the contractors understood the reporting requirements.

A Health and Human Services spokesman said the mix-up happened because some health clinics had incorrectly filed as subrecipients of grants instead of primary recipients.

"In the future, we want better quality review by the federal agencies," Pound said. "We’ll do everything we can to make sure the information we put out is accurate."