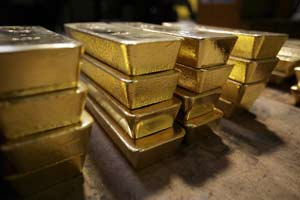 Our database closely tracks how the Treasury Department is spending taxpayer money to shore up the financial system. But as we’ve noted before, that doesn’t take the full toll of the government’s response to the crisis. So every now and then, we’ll be checking in with a fuller accounting of spending by other government agencies (the Federal Reserve and the FDIC in particular, which aren’t taxpayer funded.)

So what’s the damage? Well, you can get answers from $3.2 trillion all the way up to $12.8 trillion, depending on whom and how you ask. Coming up with such a number involves a number of judgment calls. To give you a sense of what’s involved, below are three different recent runs at making that estimate: one from a financial services company, one from Bloomberg News and one from the Congressional Oversight Panel.

The equity research division of Keefe, Bruyette & Woods came up with two totals in a recent report on the scope of the government intervention. The Fed, the FDIC, Treasury and HUD have collectively allocated $10.8 trillion, and of that total, they’ve authorized $3.2 trillion to be spent, according to KBW. Here’s how that $3.2 trillion breaks down:

KBW’s  total for the Fed includes a whole range of programs to spur liquidity, along with its share of the bailouts of AIG, BoA and Citigroup. The same goes for the FDIC. This total for the Treasury is the same as our own running total, except that KBW adds $100 billion for the TALF (that should be $55 billion, and it’s not on our list because the money hasn’t been spent yet).  The HUD’s total comes from the slow-to-start Hope for Homeowners program.

Bloomberg News has employed a more expansive accounting. The government has allocated $12.8 trillion, and has authorized $4.17 trillion to be spent, according to Bloomberg's tally three weeks ago. You can see its breakdown across the government here. Bloomberg’s total is higher because it includes things like tax breaks for banks and both stimulus packages (President Bush’s 2008 tax rebates and Obama’s 2009 bill).

And recently, the Congressional Oversight Panel for the TARP made an attempt at making its own total. It didn’t break things down quite the same way (allocated and authorized), and instead in its report totaled the "resources designated for financial stabilization efforts." By its accounting (and check the report for a full breakdown), which includes just the Fed, the FDIC and Treasury, that total is $4.437 trillion. While that may sound high, the panel got to that number while still omitting all Treasury’s spending related to Fannie Mae and Freddie Mac and both stimulus packages – more than $1 trillion.