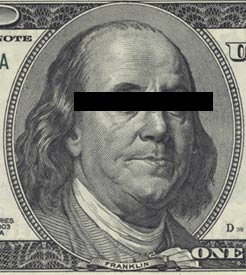 Two months and counting, the Treasury Department still refuses to release key details of contracts it awarded as part of its $700 billion taxpayer-funded bailout plan.

ProPublica and others first noted the black-out in October when the Treasury named Bank of New York Mellon as the custodian of the bailout.

Treasury officials said back in October it would be only a matter of weeks before they shared how much they are paying the bank to keep the books for the government’s troubled asset relief program (TARP).

But in the publicly released copy of the contract, compensation figures for the bank, described by the government as the "prime contractor," remain just as blacked out as they were two months ago. The Treasury, meanwhile, has already plowed through nearly $250 billion in TARP cash, with Bank of New York Mellonholding and tracking the assets.

We called Treasury and the bank again to ask when the compensation figures will be released but haven’t heard back.

Last month, Treasury spokeswoman Jennifer Zuccarelli declined to provide us a timeline. Zuccarelli explained that the department does not want to reveal the financial terms of the three-year deal while other contracts related to the bailout are being negotiated. "We don't want to put ourselves at a competitive disadvantage," she said.

It’s unclear, however, whether any outstanding contracts remain.

Ironically, the government released the redacted Bank of New York Mellon contract one day after Treasury’s point man for the bailout touted the plan’s transparency.

"Consistent with Congress' intent, we are committed to transparency and oversight in all aspects of the program," said Neel Kashkari, the Treasury official.

In the spirit of the season, perhaps Treasury will finally let taxpayers know how much of their money is going to the bank. We’re not holding our breath.