Foul air from Chinese-made drywall is causing a nightmare for thousands of homeowners, who have complained about severe respiratory ailments and corroded electronics. Several companies that handled the drywall knew there was a problem for two years but didn't warn consumers or regulators. 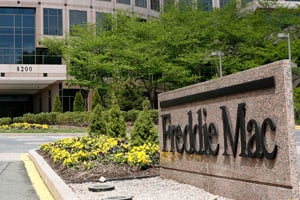 Government-backed mortgage giant Freddie Mac, announced that it will allow borrowers to temporarily suspend or reduce monthly payments to help pay the cost of repairing homes contaminated by bad drywall.

Defective drywall, most of which was imported from China during the height of the housing boom, has corroded wiring and caused appliances like refrigerators and air conditioners to fail in thousands of homes. Remediation costs vary widely, but one Florida couple spent more than $100,000 on repairs.

The announcement from Freddie Mac is a response to recent guidance from the Consumer Product Safety Commission, which said the only way to fix the problem is to remove all the drywall and the wiring from a contaminated home.

The commission, which is the lead federal agency investigating defective drywall, has received complaints from more than 3,300 homeowners in 37 states, with many coming from Florida, Louisiana and Virginia.

Freddie Mac said it would allow loan servicers – banks or other firms that process payments on the mortgages it owns – approve payment relief on a case-by-case basis.

Freddie Mac’s policies allow for a three-month break from mortgage payments or reduced payments for up to six months. The reduction and the length of the forbearance will depend on the expense of the damage in the borrower’s home.

To qualify, a homeowner will have to prove that the home is indeed affected by bad drywall.

Spokesperson Brad German said Freddie Mac has been receiving a small number of requests from loan servicers and borrowers for relief in recent years and had approved some forbearances.

“The issue has cropped up,” he said German, “so the purpose of today’s announcement is to let our servicers and borrowers know what relief was available under our guidelines.”

Separately, the Sarasota Herald-Tribune reported that a settlement was reached between Chinese drywall manufacturer Knauf Plasterboard Tianjin Co. Ltd. and plaintiffs in two Louisiana drywall cases that had been set for trial next week.