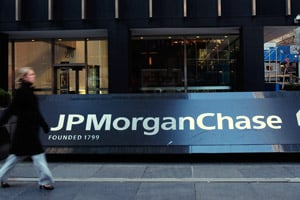 Update October 29, 2010: This story has been corrected in response to a recent letter from Magnetar. Read their letter, along with our response.

Despite the bad news in the mortgage market, Magnetar continued to find a few willing bankers to do CDOs, including a new one: JPMorgan Chase.

JPMorgan had avoided many of the complex financial transactions that decimated the banking industry. As the market grew frothier, JPMorgan pulled back from the CDO business. In 2005, the men who ran JPMorgan's CDO unit told their bosses that they couldn't see how to complete a CDO without sticking the bank with the large top tier, which would not appeal to investors because of its low returns. Other banks dealt with this problem by retaining these CDO layers on their books.

But by mid-2006, JPMorgan joined the herd. It hired bankers to expand its CDO team and got to work.

A few months later -- in early 2007 -- Magnetar and JPMorgan banged out a deal. Unlike the earlier CDOs Magnetar helped create, this one wasn't named named after a constellation. Instead, the deal was called “Squared,” after the term for a CDO that was made up of other CDOs. Squared was filled in part with other CDOs Magnetar had helped create.

According to a person familiar with how the deal came together, Magnetar committed to purchase $10 million worth of Squared's equity. Magnetar's purchase allowed JPMorgan to create and sell a $1.1 billion CDO. As it had on previous deals, Magnetar pushed the bankers to select riskier bonds. "They really cared about it," said the person involved in the deal. "They wouldn't pull punches. It was always going to be crappier."

The hedge fund requested that Squared have slices from many Magnetar CDOs, including Auriga, Carina, Libra, Pyxis and Virgo. They all went into the deal. Magnetar also successfully pushed for Squared to include slices from one of the Abacus deals, a group of CDOs that, as the New York Times later reported, Goldman Sachs had created and bet against.

JPMorgan earned $20 million in creating Squared, according to the person involved in the deal.

JPMorgan's sales force fanned out across the globe. It sold parts of the CDO to 17 institutional investors, according to a person familiar with the transaction. The deal closed in May 2007, nearly a year after housing prices had peaked. Within eight months, Squared dropped to a fraction of its initial value.

Just about everybody lost out, including Thrivent Financial for Lutherans, a Minnesota-based not-for-profit fraternal organization, whose $10 million investment was wiped out. Thrivent declined to comment.

Small pieces of Squared, as well as Magnetar's CDO Norma, also ended up in mutual funds run by Morgan Keegan, a regional investment bank based in Memphis, Tenn.

The funds, advertised as conservative investments, cratered after betting on various exotic assets. Morgan Keegan was sued by individual investors who claimed that they were misled about the risks. Among the investors was former Chicago Bulls player Horace Grant, who was awarded $1.4 million in arbitration. This week, the SEC accused two Morgan Keegan employees of misleading fund investors about the value of its holdings in CDOs. Morgan Keegan called the charges "factually inaccurate" and promised to defend itself "vigorously." Morgan Keegan did not respond to a request for comment on the specifics of the two Magnetar CDOs.

The biggest loser was JPMorgan Chase itself, which had kept the large, supposedly safe top slices of Squared on its books, without hedging itself. The bank lost about $880 million on the CDO. JPMorgan declined to comment on the details of the transaction.

Magnetar came out a winner. The fund earned about $290 million on its bet against Squared, according to a person familiar with the deal. Magnetar declined to comment.