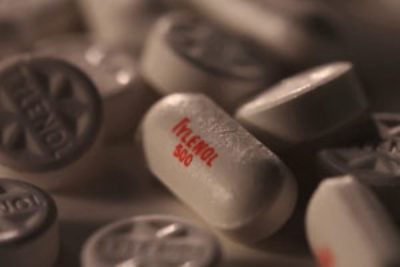 Over the past several days, we’ve highlighted the deaths and injuries caused by overdosing on acetaminophen, the active ingredient in Tylenol. We’ve pointed out that the toll does not have to be so high.

Today, we share some of the more prominent proposals to reduce the harm from one of America’s most widely used pain relievers.

The ideas come from a variety of sources, including scientists, the U.S. Food and Drug Administration, regulators in other countries, industry officials and McNeil Consumer Healthcare, the Johnson & Johnson unit that makes Tylenol, the best-selling acetaminophen brand.

From 2001 to 2010, more than 1,500 Americans died from accidentally taking too much acetaminophen, according to data from the U.S. Centers for Disease Control and Prevention. An additional 1,400 people intentionally overdosed to commit suicide or died under circumstances in which their intent was unclear.

FDA advisors — prominent doctors, researchers and safety advocates — suggested in 2009 that the agency lower the total maximum daily dose of acetaminophen from its current limit of 4 grams per day, equal to eight extra strength acetaminophen pills. McNeil itself adopted the suggestion for its Extra Strength Tylenol product and now recommends a maximum of 3 grams, or six pills, per day unless otherwise directed by a doctor. (The company hasn’t applied this to all its products, nor to Extra Strength Tylenol worldwide.)

WHO COULD DO THIS?  Either the FDA or the companies that manufacture acetaminophen could change dosing instructions.


2.One Concentration and Dosing Instructions for Kids’ Products

After confusion between different concentrations of pediatric acetaminophen led to child deaths, the drug industry in 2011 voluntarily agreed to market only a single concentration in the United States. For years, most recently in August 2013, the industry has also asked the FDA to allow dosing instructions on acetaminophen labels for kids under 2 to help prevent the lethal confusion. FDA advisory panels have told the FDA to do the same thing, most recently in 2011. So far, the FDA has not required a single concentration, nor has the agency ruled on whether to require the dosing instructions.

WHO COULD DO THIS? The FDA.

Vicodin and Percocet are a mixture of powerful pain killing opioids and less potent acetaminophen. Just why these medications are combined is controversial – some people argue that adding acetaminophen to an addictive drug only increases the risk of liver poisoning, with little additional pain-relief benefit. But, because of a quirk in how opioid drugs are regulated, removing acetaminophen might result in drugs such as Vicodin and Percocet becoming more restricted medicines – harder to prescribe and harder to get. By a small margin, FDA advisors recommended removing acetaminophen from prescription opioids in 2009. The agency has declined to take that step, but in 2011 limited the amount of acetaminophen that a single pill can contain to 325 mg. It also put a so-called black box warning on the label stating that an overdose can cause death.

WHO COULD DO THIS? The FDA and the Drug Enforcement Administration, which plays a large role in regulating addictive medicines, would have to sign off.

Regulators in the United Kingdom, Germany, Australia and elsewhere all restrict the purchase of acetaminophen in some way. They limit how many pills consumers can buy at one time, where they can buy them, how many pills can be put in one package, or a combination of such measures. A recent U.K. study found that restricting purchases resulted in a significant drop in suicides with acetaminophen. In 2009, however, FDA advisors recommended against such restrictions, and it is unclear whether the agency has the legal authority to impose them.

WHO COULD DO THIS? Both the FDA and Congress might need to act.

In 2009, McNeil proposed adding language to its Extra Strength Tylenol packages to instruct consumers to take only one pill at a time and increase to two only if they don’t get pain relief – a common medical practice known as taking the lowest effective dose. McNeil itself features such instructions on bottles of Motrin, its brand for the pain reliever ibuprofen. The FDA has not required it for acetaminophen.

WHO COULD DO THIS? Either the manufacturers or the FDA could make this change.

The FDA has required that prescription medicines contain no more than 325 mg of acetaminophen per pill to limit the risk of liver damage; drug companies must implement this change by January 2014. The agency has not, however, mandated that over-the-counter medications have the same limit, even though most acetaminophen is sold over the counter. The result? Without a prescription you can buy pills that contain double the amount of acetaminophen than those you could purchase under a doctor’s supervision.

WHO COULD DO THIS? The FDA or the drug manufacturers.


7.Require Side Effect Warnings in Advertisements for OTC Drugs

As far back as 1977, a panel of experts warned that the government needed to crack down on marketing that extolled the benefits of over-the-counter pain relievers without revealing the risks. By a twist of bureaucratic history, the Federal Trade Commission regulates advertising for over-the-counter drugs, not the FDA. That’s why you see those long announcements after prescription drug ads but not after commercials for, say, Tylenol or Alleve, another non-prescription pain killer.

WHO CAN DO THIS?  Congress could pass a law to require ads for over-the-counter drugs to disclose risks, or drug companies could take this step voluntarily.

Acetaminophen is in more than 600 medicines, by the FDA’s count. Regulators and drug makers worry that consumers can unwittingly overdose by taking two medicines with acetaminophen – for example, Tylenol and NyQuil. Thirty-five percent of Americans wrongly think that combination is safe, according to a nationwide poll commissioned by ProPublica and This American Life and conducted by Princeton Survey Research Associates International. One proposal aimed at reducing double-dipping is to create a universal icon to slap on the front of every product with acetaminophen, a bit like a “caution” sign.

WHO COULD DO THIS?  McNeil, other acetaminophen makers and the FDA have been considering this idea for more than a decade without taking action. Last month McNeil announced it would take a step in this direction: adding a red-letter warning to its bottle caps reading, “Contains Acetaminophen” and “Always Read the Label.”


9.Grab Consumers’ Attention by Warning Them an Overdose Can Kill

In almost all overdose cases, patients are at least partly responsible. After all, they took too much of the drug – and one reason may be that people often don’t pay much attention to drug labels. But maybe they would if the label warned, prominently, that an overdose could kill. In fact, Canadian regulators require over-the-counter acetaminophen to warn about its lethal potential.  And the FDA already requires prescription medicines that contain acetaminophen to warn that taking too much can lead to “death.” But it requires no fatality warning on over-the-counter acetaminophen, even though most of the drug is sold that way.

WHO COULD DO THIS? The FDA or the manufacturers.