An experts’ report found that New Mexico’s child welfare system has housed foster kids in homeless shelters and other inappropriate settings, corroborating an investigation by ProPublica and Searchlight New Mexico. 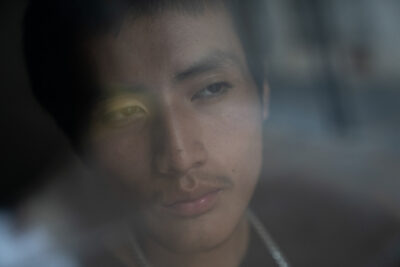 This article was produced for ProPublica’s Local Reporting Network in partnership with Searchlight New Mexico. Sign up for Dispatches to get stories like this one as soon as they are published.

A team of experts monitoring child welfare reform in New Mexico has found that foster kids have been placed in homeless shelters and other inappropriate settings, corroborating an investigation by Searchlight New Mexico and ProPublica that showed struggling teens have languished for weeks or months in shelters without the mental health services they need.

These teens often have complex, trauma-related mental health problems that cannot be addressed in shelters, Searchlight and ProPublica found. In some cases, teens were moved from psychiatric hospitals directly to shelters.

Across the state from 2019 through 2021, someone at a shelter that accepts foster teens called 911 nearly once a day to report runaways, suicide attempts and other emergencies, according to dispatch records.

In years past, the state Department of Children, Youth and Families often sent foster children with serious mental health needs to residential treatment centers. But the majority of residential treatment beds in New Mexico have been eliminated amid state investigations and lawsuits alleging physical and sexual abuse.

Instead, New Mexico promised to build a “statewide, community-based mental health system that all children and families will be able to access.” That system has yet to be built. And the state doesn’t have enough foster homes to meet the need.

So caseworkers turn to youth homeless shelters, also known as children’s crisis shelters, which are licensed to temporarily house kids. Those facilities don’t provide psychiatric care, and the state has agreed to use them as foster placements only in “extraordinary circumstances” — essentially, when needed to protect the child.

Shelter staff, attorneys and child advocates say shelter stays are much too common, with kids sometimes staying for weeks or months and moving from one facility to another. There’s a name for the frequent turnover: “the shelter shuffle.”

The team of experts found evidence of that practice. In a single month, December 2021, CYFD placed foster kids in shelters 30 times, the team found. None of those placements met the state’s standards, they wrote. Forty percent occurred right after another shelter stay.

Not only did CYFD inappropriately place youth in shelters, the report found, it also housed foster kids in caseworkers’ offices, a practice the department had agreed to end by December 2020.

Prior to the report’s release, officials at CYFD had told legislators that the number of kids in congregate care, a category that includes shelters and residential treatment centers, had fallen 61% since 2018. Shelter managers attributed much of that drop to the pandemic, when shelters had to freeze admissions if a resident tested positive for COVID-19. Nearly 3,000 kids entered the foster system in 2021.

Still, the monitors found that the share of children placed in an office, hotel or out-of-state facility had doubled between 2019 and 2021, from 2% to 4% of the state’s foster youth.

One of those kids was Isaiah Stewart, a 14-year-old who had been placed in three shelters as of this summer. In a July interview, he said he spent his days at CYFD’s main Albuquerque office while he waited for a bed in a shelter.

“I see a lot of kids who have stayed there too long because they have nowhere else to go,” Isaiah said. “Eventually they just get fed up. Any kid would, to be honest.” Kids often run away from shelters after losing hope, he said.

“I’m just trying to get placed with a family that will care for me,” he said. In September, CYFD placed Isaiah with a foster family, according to his attorney.

The team of monitors was appointed as part of a settlement between CYFD, the state Human Services Department, and a group of 14 foster children who sued the state. That lawsuit, filed in 2018, claimed the state was “locking New Mexico’s foster children into a vicious cycle of declining physical, mental and behavioral health.”

The state settled the suit in 2020 and agreed to wide-ranging reforms, including putting an end to inappropriate placements in shelters and other congregate care settings.

As of December 2021, the report said, the state hadn’t met any of the 34 key goals laid out in the settlement.

In interviews, state officials have touted progress in reducing shelter placements and said they’ve opened more sites to support families and keep kids out of inpatient facilities. And they have created plans to recruit foster families, the report noted.

“We are continuing to push hard to make every change needed to ensure that every New Mexico child in the CYFD system receives the very best care possible,” CYFD Secretary Barbara Vigil said in an emailed statement. “While we have more work ahead, I am certain we are on the right path.”

Interviews this year with foster youth showed that many of the problems described in the report have not been resolved. Calls to 911 from shelters continued into this year. Data from one shelter showed CYFD placed kids there 30 times from January to June, with many staying two weeks or longer. (A senior staffer at the shelter shared the data, which didn’t include any identifying information about residents, on the condition that the shelter not be identified, out of fear of retaliation by CYFD.)

In June, the plaintiffs in the lawsuit entered into a formal dispute resolution process to get the state to comply with the settlement. The state agreed to take specific steps to move toward compliance.

“It’s still not fixed,” said Bette Fleishman, the attorney for the lead plaintiff in the lawsuit. If the report were based on the situation as it stands today, she said, “we’d still have a lot of those same issues.”