This story was co-published with Stars and Stripes and The Virginian-Pilot.

A key federal official who helps adjudicate claims by veterans who say they were exposed to Agent Orange has downplayed the risks of the chemical herbicide and questioned the findings of scientists, journalists and even a federal administrative tribunal that conflict with his views.

Jim Sampsel, a lead analyst within the Department of Veterans Affairs’ compensation service, told a VA advisory committee in March that he believes much of the renewed attention to Agent Orange — used during the Vietnam War to kill brush and deny cover to enemy troops — is the result of media “hype” and “hysteria,” according to a transcript of the meeting released to ProPublica.

“When it comes to Agent Orange, the facts don’t always matter,” said Sampsel, himself a Vietnam veteran who also handles Gulf War-related illness questions. “So we have to deal with the law as written.”

Part of Sampsel’s job entails reviewing evidence to determine whether a veteran or group of veterans came in contact with Agent Orange outside of Vietnam. By law, veterans are presumed to have been exposed to Agent Orange if they served or stepped foot in Vietnam; they have to prove exposure if they served at sea or in another country during the war. They also must have a disease that the VA ties to exposure to the herbicide.

“From my point of view, I will do anything to help veterans, any legitimate veteran, and I’ve done it plenty of times,” he told the Advisory Committee on Disability Compensation, a group that advises the VA. “Unfortunately when it comes to this Agent Orange, we have to have a lot of denials.”

Sampsel also offered a window, for the first time, into ongoing internal deliberations at the VA about adding new diseases to the list of those connected to Agent Orange exposure. He suggested that despite increasing evidence tying the herbicide to hypertension, or high blood pressure, the VA is not going to extend benefits to veterans with that condition.

Reached by phone, Sampsel said, “You’re going to try to frame me, too,” before referring a reporter to the VA’s media relations office. ProPublica and The Virginian-Pilot examined the effects of Agent Orange on veterans and their offspring in a series of articles in 2015 and 2016, raising questions about the VA’s handling of the matter.

The VA provided two written statements in response to questions for this article. Initially, a spokesman said that Sampsel was speaking as an individual at the meeting, and not for the VA.

“The objective of a federal advisory committee is to have open and public discussion of the issues for which it is chartered from the experts who understand and bring their own unique perspectives,” the statement said. “The March 2017 meetings were no exception and Mr. Sampsel’s comments did not fully or accurately reflect VA’s position concerning these issues.”

The VA said no decisions have been made about which new diseases to add to its list of those linked to Agent Orange exposure.

Asked whether it continued to support Sampsel, the VA said in a subsequent statement that he “is highly dedicated and respected within and outside of VA for the work he has done to establish many of the present policies that provide veterans, their families and survivors the benefits they are entitled to under the law.” The department also questioned the quotes a reporter asked about from the advisory committee meeting. “Taking quotes out of context without fully understanding the law, science, reasons or intent behind those words is a disservice to the advisory committee and the veteran community at large as well as Mr. Sampsel.” (Read the full transcript.)

Rick Weidman, legislative director for Vietnam Veterans of America, said he met with VA Secretary David Shulkin last week and told him, among other things, that Sampsel and others in the Veterans Benefits Administration need to be replaced. “Where they are now is doing active evil,” Weidman said. He added that he doesn’t expect Sampsel and other VA employees to necessarily be advocates “but we do expect them to be neutral and honest arbiters of science — and they are not.”

Although Agent Orange hasn’t been used in more than 40 years, it remains controversial because it contained dioxin, one of the world’s most toxic chemicals. Its effects can take decades to show up. Scientists continue to associate exposure to Agent Orange with diseases, and the VA continues to weigh whether to extend benefits to groups who say they were exposed to it outside of Vietnam.

Members of Congress who are leaders on veterans’ issues said the VA has an obligation to care for vets injured by Agent Orange. “I strongly believe we must do everything in our power to ensure veterans struggling with negative health effects as a result of exposure to Agent Orange receive the care and compensation they deserve; we owe nothing less to these brave men and women who have sacrificed more than enough for our country,” Rep. Tim Walz, D-Minn., the ranking Democrat on the House Committee on Veterans’ Affairs, said in a statement.

In fact, a report by the Aspen Institute notes that on leaf and soil surfaces, dioxin will last one to three years and that dioxin under the surface could have a half-life of more than 100 years. Moreover, scientists have said that there are numerous ways in which American troops may have been exposed to the herbicide and some disagree that few troops were exposed.

In fact, veterans who served in Thailand, near the Korean demilitarized zone, in Okinawa, Japan, and aboard ships off the coast of Vietnam contend they were exposed in a variety of ways. Some have produced memos, photos and testimonials that have been enough to convince the Board of Veterans Appeals, the VA’s tribunal, that there was sufficient evidence to prove exposure and that they were entitled to benefits.

And in its statement, the VA said it, too, respects the BVA. “BVA is the highest appellate authority in VA,” it said. “They are attorneys who review the evidence of record and make decisions.” While the VA may not always agree with a decision, “their decisions are final and are implemented when issued.”

“One scientist from Harvard or somewhere said that dried, solidified TCDD dioxin never stops emanating molecules into the air,” Sampsel said. “Hardly anybody bought that at the time, but the IOM went with it.”

The Institute of Medicine, now called the National Academy of Medicine, found that the dioxin present on the aircraft could have exposed reservists who flew the planes years later. In its report, it said one contention of the VA and its expert, Alvin Young, was “inaccurate,” another “appears to be conjecture and not evidence-based” and a third was based on a study funded by Dow Chemical Co., one of the herbicide’s makers.

In its statement, the VA said the Institute of Medicine “provides a valuable service to VA.”

But ProPublica and The Virginian-Pilot reported last fall that critics say Young’s work is compromised by inaccuracies, inconsistencies or omissions of key facts, and relies heavily on his previous work, some of which was funded by Monsanto Co. and Dow Chemical Co., the makers of Agent Orange. Young also served as an expert for the chemical companies in 2004 when Vietnam vets sued them. In an interview at the time, Young defended his work.

A member of the panel interjected because he felt that Sampsel was being overly broad.

“I’m sorry. I’m sorry. Yes, yes. You’re, you’re absolutely correct,” Sampsel said, noting he should have said there was currently no evidence. “And if evidence does show up, we’ll certainly change our policy. … You’re right.”

During his presentation, Sampsel also summarized internal deliberations within the VA about which diseases should be formally linked to Agent Orange. Last year, the Institute of Medicine said there is now evidence to suggest that Agent Orange exposure may be linked to bladder cancer and hypothyroidism. It also confirmed, as previous experts have said, that there is some evidence of an association with hypertension, stroke and various neurological ailments similar to Parkinson’s Disease. 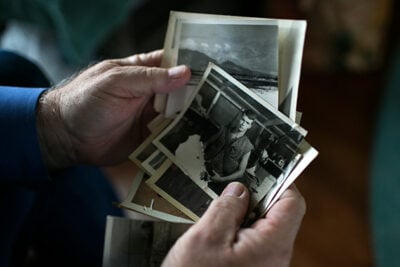 Since then, a VA-led study has found stronger evidence to link hypertension to Agent Orange exposure. The VA has been reviewing the matter since last year to decide whether to cover the diseases.

Sampsel said the Veterans Health Administration had recommended that the VA acknowledge the connection between Agent Orange and hypertension, but that benefits officials at the VA worked to kill that effort and believe they succeeded.

“I believe the secretary, the information I got recently, is not going to go with hypertension. As to the other ones, there’s the likelihood that they’ll become added to the list,” Sampsel said.

The VA, in its statement, said it could not comment on internal discussions “other than to say those deliberations are underway.” But it did note that no recommendations had gone to the secretary for his consideration.

Read our prior articles on the effects of Agent Orange on veterans and their children.  Share your story.