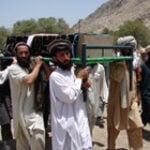 Transcript: Covering the Frontlines of the Drone War 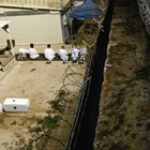 Hunger Strikes and Indefinite Detention: A Rundown on What’s Going on at Gitmo

More than 50 detainees are on hunger strike, underlining the uncertainty that surrounds the future of military detention at Gitmo. We break down what’s known about the prison. 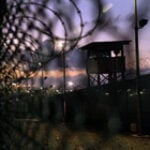 Gitmo Defense Lawyers Say Somebody Has Been Accessing Their Emails

Defense attorneys for men accused of terrorism before military commissions at Guantanamo Bay say their email communications have been searched and files have gone missing from servers.

One measure of accountability for the U.S. covert drone wars is acknowledging civilian casualties and compensating families for their losses. Recent history in Iraq and Afghanistan shows that isn’t always simple. 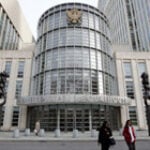 A Public Indictment Could Shed Light on CIA’s Secret Program

Human rights researchers years ago identified a man who may have been held secretly by the CIA, and whose whereabouts were unknown. It appears than man is now in custody in New York. 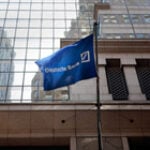 Yet Another Bank Fined for a Magnetar Deal, With Yet More Revealing Emails

Deutsche Bank agrees to pay $17.5 million to Massachusetts for a deal involving Magnetar, the hedge fund behind many CDOs gone sour. 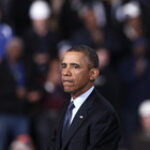 The White House announced 17 pardons on Friday. But Obama has still granted clemency at a lower rate than his predecessors. 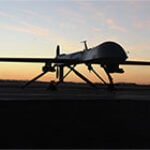 How Does the U.S. Mark Unidentified Men in Pakistan and Yemen as Drone Targets?

What little we know about the evidence needed to justify a drone strike on unidentified people. 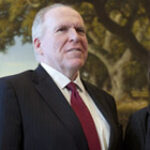 The Drone War Doctrine We Still Know Nothing About

The focus on the targeting of American citizens overlooks many other strikes in which the U.S. doesn’t know who it’s killing. 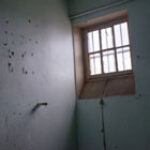 In 2009, we identified more than thirty prisoners once held by the CIA who weren’t accounted for. Since then, a few have resurfaced and many remain missing. 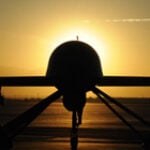 The Obama administration has justified its counterterror strategy on a law Congress passed just days after 9/11. But more than a decade later, does it fit the facts on the ground? 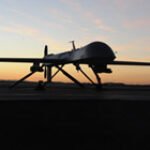 Everything We Know So Far About Drone Strikes

The U.S. is conducting drone strikes in in at least three countries beyond Iraq and Afghanistan. Here’s a reading guide to understanding the U.S.’ shadow wars. 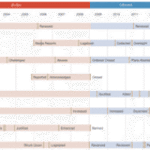 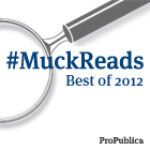 A list of our favorite watchdog journalism published this year. 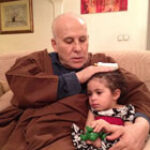 Iranian Sociologist’s Dying Wish to Join His Family—Rejected by the U.S.

ProPublica profiled Rahmatollah Sedigh Sarvestani, an Iranian sociologist dying of cancer who has been refused a visa on national security grounds. His last-ditch effort to obtain a humanitarian travel permit to come to the U.S. has been denied. 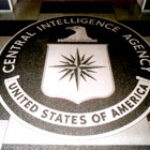 The Senate Report on CIA Interrogations You May Never See

The Senate intelligence committee is set to vote next week on the results of its 3-year investigation into detention and interrogation at the CIA. Whether any of the report will be made public is unclear. 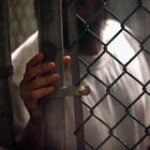 Cutting through the Controversy about Indefinite Detention and the NDAA

As Congress prepares to send it to President Obama, a guide to the controversial defense spending bill’s provisions about detention and the laws of war.