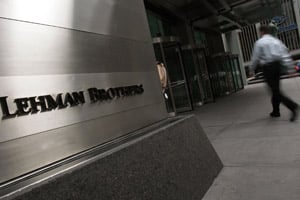 As part of the big business Magnetar was doing in the fall of 2006, the hedge fund put together a CDO with Lehman Brothers named for the constellation Libra. John Mawe, a banker who worked on Libra, remembers that "there was a back-and-forth fight" about the assets between the bank's CDO manager and Magnetar, with the hedge fund pushing for riskier assets.

Among the other banks that Magnetar approached during that time was Deutsche Bank, with whom it had teamed up to do its first deal months earlier. Deutsche Bank was anxious for business in order to maintain its standing as one of the top CDO banks, according to one of its bankers. Deutsche recommended CDO manager State Street Global Advisors.

Hoping to close the deal, Magnetar's master salesman Jim Prusko drove up from his home in the New York suburbs to State Street's headquarters in Boston, to mollify executives in the management team. After the meeting, the deal went forward. As one banker explained, "there were other managers who were dying to do this deal" and get the millions in fees.

After subprime losses, State Street closed the business that managed its CDOs in late 2007. Frank Gianatasio, who worked in State Street's CDO business says, "We were comfortable with every transaction we put into our CDOs."

Deutsche, Magnetar and State Street called the $1.6 billion CDO they created Carina, a constellation whose name in Latin means a ship's keel. In November 2007, Carina had the distinction of being the first subprime CDO of its kind to be forced into liquidation.

State Street and Magnetar declined to comment on their negotiations over Carina.