The American Public Health Association raised concerns that plants “game the system” to hide asbestos problems and called for scrutiny from the Occupational Safety and Health Administration. 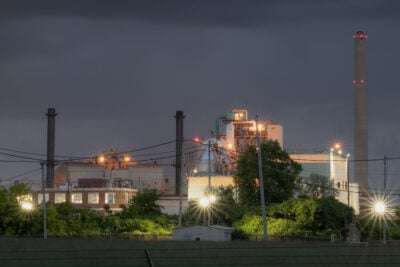 As more workers speak up about being exposed to asbestos in chlorine plants, public health leaders are questioning whether these facilities should be allowed to be in a special program that shields them from scrutiny by the Occupational Safety and Health Administration.

OSHA’s Star Program, one of its so-called Voluntary Protection Programs, exempts plants with model safety systems from random, unannounced inspections. At least four of the eight chlorine factories that currently use asbestos are in the program, according to OSHA’s website.

“On its face, a company whose business model relies on using asbestos does not have an exceptional health and safety management system,” the American Public Health Association’s Occupational Health and Safety Section wrote in a letter to OSHA last week. “There are alternative processes available and used by (chlorine) plants in the U.S. and in other nations.”

Asbestos has long been known to cause deadly cancers and a chronic lung disease called asbestosis. Its tiny fibers are extremely potent; public health experts say there is no safe level of exposure.

While the vast majority of industries that once used the carcinogen no longer do, two chemical companies, OxyChem and Olin Corp., continue to import hundreds of tons annually for use in their oldest chlorine plants. They use the material as a protective coating on large metal screens that separate volatile chemicals.

The companies say they use asbestos under strict controls and that workers are rarely, if ever, exposed. But workers at an OxyChem plant in Niagara Falls, New York, told ProPublica that asbestos dust hung in the air and accumulated in some places until it was inches thick. Workers at an Olin plant near Mobile, Alabama, said they had scraped dry asbestos off the beams and floors without any protective gear. Workers at three other plants said they, too, were concerned about the potential for asbestos exposure at their workplaces.

The Niagara Falls facility was part of OSHA’s Star Program from 1996 until its closure late last year, government records show. The plant outside of Mobile participated from 2001 until 2015.

In its letter to OSHA, the public health association said it was “alarming for us to read the testimony from former workers about the magnitude of asbestos exposure” at the site in Niagara Falls.

The group also raised concerns about the plant’s management using its status in the Star Program “to game the system.” Plants in the program know when most OSHA inspections will take place. Former employees at the Niagara Falls plant told ProPublica they spent months preparing for such visits, and that work in certain parts of the plant came to a halt when OSHA inspectors were on campus. (Even still, inspectors found asbestos on the floor and covering equipment in 2011, records show.)

The letter, which included a request for a meeting, was signed by three members of the public health association’s leadership team: Angela Laramie, an epidemiologist with expertise in occupational health; Celeste Monforton, a lecturer in public health at Texas State University who previously worked for OSHA; and Mary Miller, an occupational health nurse who retired from the Washington state Department of Labor and Industries.

OSHA told ProPublica it was reviewing the correspondence but declined to comment further on its content. After this story was published, the agency provided the following statement: “Health and safety are OSHA’s top concern, and we are focused on improving our efforts and looking at ways to protect workers from occupational exposure to asbestos moving forward.”

OxyChem has repeatedly said it complies with federal regulations. “Dating back to the early 1970s, there have been no violations issued by OSHA related to our handling and use of asbestos in any of our chlor-alkali production operations,” the company said in a statement, which it has provided to ProPublica several times.

Olin has not returned calls or emails from ProPublica.

Jordan Barab, a former deputy assistant secretary of labor, said it was unlikely OSHA would remove certain chlorine plants from the Star Program strictly because they use asbestos-dependent technology. “There are a lot of companies that handle dangerous materials,” he said.

As Workers Battle Cancer, The Government Admits Its Limit for a Deadly Chemical Is Too High

But Barab said OSHA had the power to drop in on plants where workers had complained or even develop a special program to look at hazards specific to the chlorine industry.

“OSHA should be looking at these (plants), without a doubt,” he said. “They should have been doing it before, but especially now.”

Sen. Jeff Merkley, an Oregon Democrat who has been working on legislation that would ban asbestos, echoed that sentiment. “None of this is a one-off safety lapse,” he said in a statement. “It’s systemic throughout the industry and it’s time for OSHA and safety regulators to step up so not one more American falls victim to this preventable hazard.”

OSHA declined to say whether it would investigate any of the plants that use asbestos in response to ProPublica’s reporting.

Update, Dec. 9, 2022: This story was updated to include a statement provided by the Occupational Safety and Health Administration after the story was published.