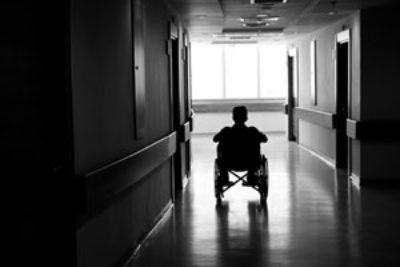 Update: We have updated Nursing Home Inspect with new data from the government, so the exact search result numbers cited here may no longer be accurate.

We’ve designed Nursing Home Inspect to make it fast and easy to search thousands of recent government inspection reports from around the country, most since the beginning of 2011. Following are some tips to help you get the best results.

The reports come from the U.S. Centers for Medicare and Medicaid Services (CMS), which put them online in July. Unlike the CMS site, however, Nursing Home Inspect allows searches by keyword and city, as well as a home’s name. Also unlike CMS, our app allows you to search across all the reports at once.

As of today, the underlying database covers nearly 118,000 deficiencies at 14,565 homes. There are more than 15,000 nursing homes in the U.S., and as CMS releases newer inspection reports in the future, we plan to add them.

Our search engine looks through the narrative portion of the inspection reports — the part where inspectors describe conditions in the home and any deficiencies they discovered. This is where the details are.

It’s best to keep two things in mind while searching. First, the results are a snapshot and not necessarily comprehensive for homes nationwide. Second, because inspectors may write up their reports differently, it is wise to try several different search terms to be sure you’re getting the most complete results.

For example, take a common problem like bed sores, which can develop if a resident is confined to bed and staff do not turn the person often enough.

Searching for the phrase pressure sore returns 2,121 results. Searching for the phrase bed sore returns 1,946 results, some of them duplicates. But other words that also can return deficiencies related to bed sores include: decubitus, purulent and pus, as well as stage iii and stage iv (phrases that describe the most serious and dangerous sores, but can also describe cancer progression).

Another example: sexual assaults. Though uncommon in nursing homes, 88 reports include rape and 120 include sexual assault (there is some overlap). A broader search for the word sexual yields far more results, 787.

Some other searches that piqued our interest were: cigarette and burn (found patients who were burned when allowed to smoke without supervision); conviction (found nursing home staff with criminal records); ignore, mistreat and rude (found residents who believed they had been mistreated).

A search for the words terminate and suspend often produces results involving nursing home staff who were disciplined for alleged misconduct.